What Does It Take to Improve Nutrition? A Livestock Program’s Experience with Social and Behavior Change in Bangladesh 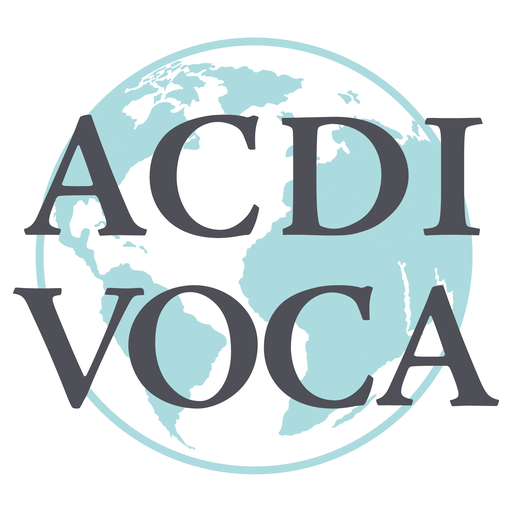 When it comes to social and behavior change strategies, there is no one size fits all approach. Since 2015, the Feed the Future Bangladesh Livestock Production for Improved Nutrition Activity, supported by USAID and led by ACDI/VOCA, has been working to improve nutrition and food security in Bangladesh by increasing household incomes and livestock productivity. One goal of the project is to increase the consumption of animal-source foods, specifically red meat and dairy, which is characteristically low in rural Bangladesh. When we began to explore why consumption was low, we found that no single approach could address the layers of personal and social barriers.

Identifying Motivators and Barriers to Change With (Not For) Communities

Our staff used different formative research approaches to understand what was preventing households from regularly consuming meat and dairy products. First, we implemented a barrier analysis to identify the barriers and motivators for behavior adoption among the targeted population. The barrier analysis was a crucial part of making sure our approach was participatory — first, by gaining insights directly from the individuals themselves and, later, by identifying the desired behavior changes together. Unlike a top-down approach, involving participants in developing the interventions helped us mitigate potential risks later on.

Some barriers to change were related to access, such as markets being located too far from farmers’ homes, cows not producing milk during their dry periods, and households needing to sell their livestock products to cover expenses. But other barriers to consuming more meat and dairy involved attitudes, norms, and knowledge, such as the belief that milk is only for children or that meat causes indigestion. These would all be factors in how we crafted our social and behavior change strategy.

The medium for delivering messages is almost as important as the messages themselves. Based on learnings from previous social and behavior change activities in Bangladesh, partner feedback, and an independent study, we determined that our strategy should be disaggregated by gender and region and delivered through mediums best suited to each audience.

1. Interpersonal Communication: Reaching Women Where They Are — At Home Arguably the most impactful of our strategies was interpersonal communication. Men and women in Bangladesh generally engage in public activities separately, and women tend to remain home more due to childcare responsibilities and other social norms. So, we decided the best place to have one-on-one sessions with women would be at their doorsteps. We called these courtyard sessions. During the sessions, we had discussions with women about the health benefits of consuming animal products, as well as other project-related topics, including handwashing and hygiene, livestock rearing best practices, and joint household decision making.

In addition to the increase in milk and meat consumption, we saw a significant increase in women making decisions about livestock. Women making their own decisions about livestock rearing and input purchasing grew from 2 and 3 percent to 77 and 71 percent, respectively. Empowering women to engage in decision making around household spending positioned them to play a more direct role in economic markets over time. But empowering women is not enough without also encouraging men to support the targeted behaviors.

2. Community Mobilization: Reaching Men Through Local Imams
In Bangladeshi society, the principles of Islam and certain gender roles are deeply embedded. Recognizing the traditional power dynamics of households helped us design strategies targeting critical decision-makers. To reach men, we used community mobilization, specifically by working with religious leaders to share messages with their mostly male constituents. Since 2017, our staff has organized 226 workshops to inform 5,128 imams and community leaders on our nutritional messaging. Imams discussed the benefits of consuming more meat and dairy during Friday prayers and community meetings. Mosques also distributed leaflets with excerpts from the Qur’an related to meat and dairy consumption to encourage the desired behavior changes. When surveyed, many women reported that their households consumed more meat and dairy after their husbands were sensitized to the health benefits.

“I didn’t have to convince my husband why the behavior was important. He cared about our household making a change after hearing from the imam.” — a female Livestock and Nutrition Activity participant

3. Nutrition Messaging: Leveraging Public-Private Partnerships
To ensure a longer-term impact, the Livestock and Nutrition Activity partnered with Bangladesh’s Department of Livestock Services and private sector companies to create videos about the health benefits of meat and dairy to be broadcasted on cable networks. Private sector companies have also used these project-developed messages to create videos that promote the consumption of meat and dairy, while simultaneously marketing their products or services. Similarly, feed companies are endorsing the nutritional benefits of consuming meat on the packaging of their animal feed for small cattle farmers. Having government and private sector uptake of media dissemination helps the Livestock and Nutrition Activity reach more households, and the decisionmakers in those households, through multiple platforms.

What We Learned through the Process

Nearing our last year of implementation, our staff is reflecting on the successes and challenges. Successes include rural Bangladeshi households seeing increased livestock productivity, incomes, and consumption rates of milk, dairy, and meat. Knowledge and attitudes toward milk and meat consumption also improved significantly among targeted households. Accordingly, from 2015 to 2019, the number of households consuming milk weekly increased from 19 percent to 66 percent, while those consuming meat weekly increased from 13 percent to 49 percent.

At the same time, we know that social and behavior change for increased consumption is just one tool in our developmental toolbox. When farmers have severely limited resources, as many do in Bangladesh, more knowledge and motivation can only take them so far. For example, while we saw significant increases in desired behaviors, milk consumption plateaued in the third and fourth years of the project because farmers’ financial constraints only loosened so much. Our learnings showed that in a tight financial bind, many households opted for selling more of their milk for additional income over consuming their own supply. Women, in particular, who made livestock-related decisions for their household set aside 23 percent less milk for their household than men. This is primarily because many women see increased dairy production as an avenue for covering the important expenses that women typically handle, such as school fees, medical expenses, and loan debts.

Increased consumption of dairy and meat is inextricably tied to creating better livelihoods in rural Bangladesh. Looking forward, we must continue to diversify livelihoods and increase household incomes, so that farmers and their families can consume more of their own livestock products. Only then will we continue to see gains in nutrition.

How have you incorporated social and behavior change in your project’s activities? What challenges or successes did you experience? We encourage you to share your learnings or questions about our process in the comments below.

How a Business Accelerator in Bangladesh Influenced Gender Roles and Relations