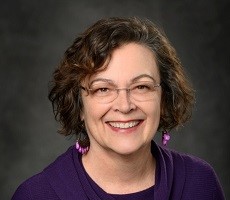 This post is written by Andrea Allen and Melinda Smale.

During the late 1960s, the Green Revolution in South Asia focused research and development efforts on boosting production of rice and wheat in response to the specter of famine. Though yields of these staple cereals increased phenomenally, the transformation that resulted is thought to have caused, as an unintended side effect, the displacement of legumes. Some claim that this shift also contributed to "a great resurgence of malnutrition…. among South Asian populations depending entirely on rice and wheat, with micronutrient deficiency being the major cause."  Today, Michigan State University (MSU) researchers Dr. Melinda Smale and Dr. Veronique Theriault, together with Dr. Eugenie Maiga from the University of Koudougou in Burkina Faso and Dr. Bourema Kona of the Institut d’Economie Rurale in Mali, are asking whether a similar dynamic might play out as a consequence of the fertilizer subsidy in Burkina Faso and Mali.

Smale heads the research team funded by the Feed the Future Innovation Lab for Legume Systems Research, managed by MSU, that is investigating the broader question of how input subsidy policies change the cowpea farming landscape in West Africa. Cowpeas provide an important source of proteins and micronutrients in local diets. What’s more, farmers can harvest, consume and sell cowpeas during the hungry season, and they are adapted to tolerate drought. Early data analysis indicates that in Mali, fertilizer subsidies targeted specifically to production of rice, millet, sorghum and cotton have shifted production away from other crops — including cowpea — toward increased production of the aforementioned commodities. Data from the Food and Agriculture Organization Corporate Statistical Database (FAOSTAT) also indicate that the ratio of cowpea area to total cereals area has declined over the past two decades in Mali, but has risen in neighboring Burkina Faso.

Cowpea is known widely as a women’s crop across West Africa. In Mali, data confirm that both men and women members of farming families manage cowpea plots. Typically, especially in the dryland farming systems of Mali, family members contribute labor to work on fields managed collectively on behalf of the extended household by a senior male. Other male family members and women who marry into the household also enjoy rights to use and harvest on fields allocated to them as individuals. Based on data from 2,400 households in Mali, the team has modeled intrahousehold decision-making, taking into account collective and individual management of cowpea plots. Initial findings indicate that increased amounts of subsidized fertilizer received by households serve to reduce the number of plots intercropped with cowpeas and cowpea areas planted, while the amount of fertilizer received corresponds with a reduction in women’s cowpea harvest and associated revenue. At the same time, women’s legume consumption increased in these same households, possibly due to an overall increase in household income and market purchases.

The researchers express surprise in finding that men managed more cowpea plots than women, a finding corroborated by other datasets, such as the Living Standards Measurement Study-Integrated Surveys on Agriculture (LSMS-ISA) in 2014 and 2017. Hence, we must now question whether and/or how cowpeas are indeed a "women’s crop" in Mali: The working hypothesis of the team is that cowpea is not a women’s crop per se in Mali, but a women’s enterprise — that is, women are known more for their transformation and commercialization of cowpea-derived products than for cowpea production. One of the documented constraints to women’s business is limited access to land under current tenure norms.

In Burkina Faso, the evidence we have suggests a different scenario. This hypothesis will be explored in greater detail by a Ph.D. student funded by the project at the University of Koudougou, using both qualitative and quantitative methods.

To learn more, check out the Feed the Future Innovation Lab for Legume Systems Research Paper "Input subsidy impacts on smallholder cowpea farmers in Mali" and the following paper, published in Trends in Plant Science, "Diversifying food systems in the pursuit of sustainable food production and healthy diets."

Cowpeas Lost and Found: Female Traders Play a Critical Role in the Market