Adaptation at the Top of the World

This post was written by Jenna Jadin, USAID Bureau for Resilience and Food Security.

Surendra Bahadur Rana and his brothers live in Palpa District, Nepal. While not the highest district in the mountainous country, it is one of the drier ones, and like so many other people in Nepal, Surendra has always relied on rainfall to water his small family farm. In the past, rainfed irrigation more or less worked — he and his family were able to grow just enough cereal crops (maize, mustard and finger millet) and some seasonal vegetables like cowpea, pumpkin, chili and cucumber for home consumption.

But in recent years, rains in Palpa, like in much of the world, have become erratic. There was often not enough water during the planting and growing season, and too much water at harvesting time, causing what little he could grow to rot or be washed away. Subsistence farming like this meant they were often hungry and had little money for buying things like groceries, clothes and books for their son. The only additional income they had was from remittances when Surendra worked overseas and an older brother’s pension after he retired from the Indian army.

Climate adaptation needs around the world are growing every day. Floods in Pakistan, fires in California and droughts in the Horn of Africa are all made worse by climate change and we know that the number and intensity of these events are increasing every year. While we must immediately reduce greenhouse gas emissions, given the growing weather extremes, we also need to help countries and people adapt to climate change just as urgently. It was for this reason that the President’s Emergency Plan for Adaptation and Resilience (PREPARE) — the U.S. government’s first whole-of-government, international climate adaptation program — was announced last year at the 2021 United Nations Climate Change Conference (COP26) and has the goal of helping more than half a billion people in developing countries adapt to and manage the impacts of climate change by 2030.

PREPARE is building upon years of the U.S. government’s adaptation work, and because it has a base to work from, programs under PREPARE will help the world adapt even faster, through the expansion of things we know work. For example, by expanding some of the agricultural adaptation and food security work that USAID, through the U.S. government’s Feed the Future initiative, is currently supporting in Nepal.

In 2017, USAID and its partners in Nepal worked through a local agriculture center in Palpa to localize and scale straightforward, but effective, climate-smart agriculture technologies. These technologies are simple and inexpensive things like plastic-lined water holding ponds to capture the rain when it is in excess, and connected bamboo drip irrigation pipe systems to direct water efficiently to plant roots when the rain is sparse. The farmers also used mulching and climate-resilient crop varieties to repair the soil in their fields and diversify their diets. Almost immediately, the Rana family could see a difference — their traditional crops were growing bigger and faster, and the new crops were growing right alongside them. 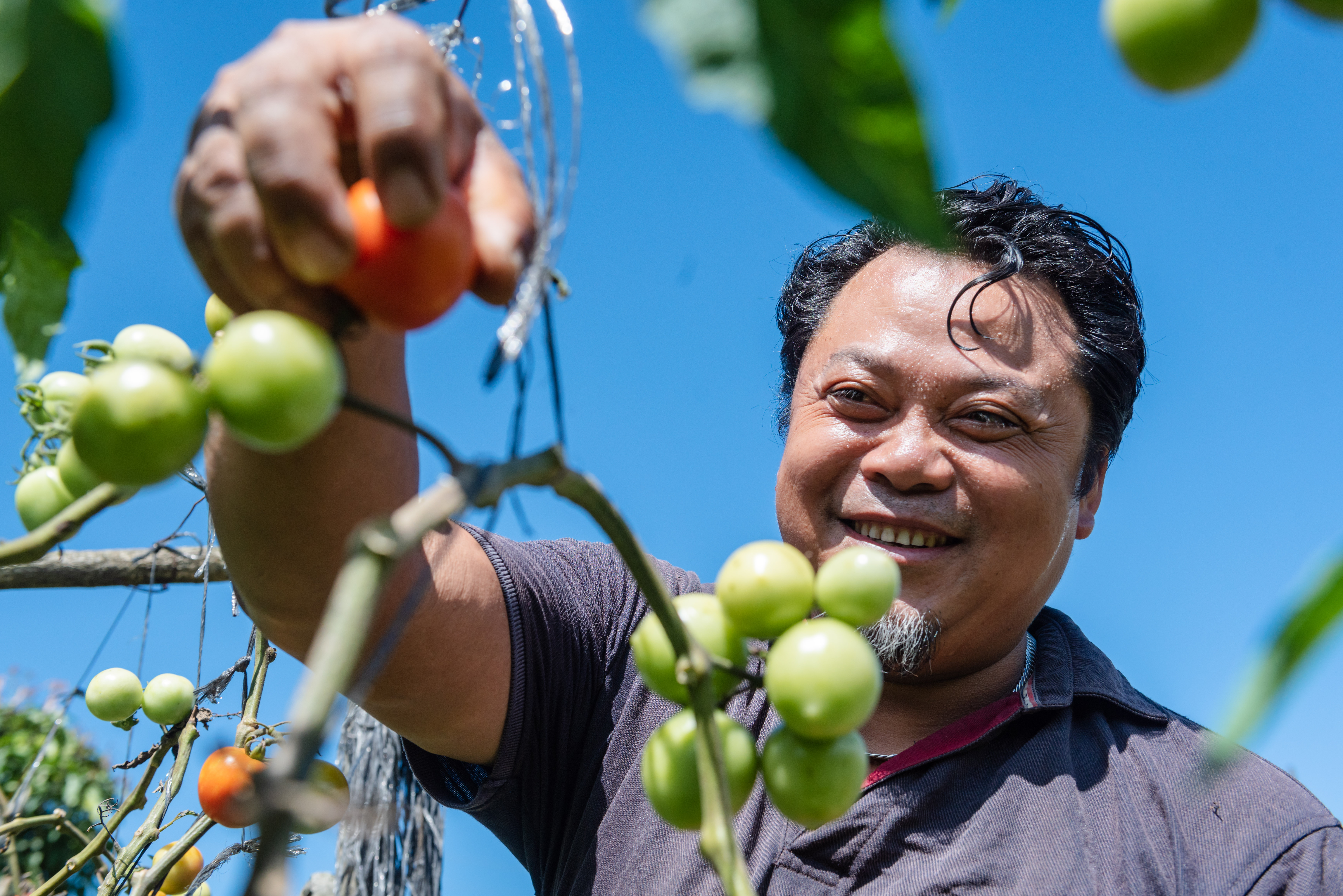 Thanks to new connections between farmers, traders and marketers that USAID and its partners helped facilitate, the family was able to access funds from the Prime Minister Agriculture Modernization Project. With this support, Surendra built 18 small greenhouses that protected their crops from extreme weather and allowed them to grow an even greater variety of crops year-round. Their diet has expanded from one of vitamin-poor cereals to a diverse array of vegetables. Food security worries are — for now at least — a thing of the past. And, aside from their own personal food security, they are improving food security in their province — as of 2022, they now grow and sell 15-20 metric tons of vegetables each year, generating extra family income. They are now earning $2,500-$4,200 annually, which in their district, means they are earning a living wage. This also means they can now afford the high school fees for their younger son and are even able to help the wife of their older son attend university.

Aside from more nutritious food and increased income, these climate-smart agriculture techniques have given Surendra newfound status in his community. In 2020, Surendra was awarded the “best farmer” award from the local Agriculture Knowledge Center, and he and his brothers are using their farm as a model to teach farmers coming from neighboring villages and districts. At first, most local farmers were hesitant to try growing vegetables because of the local water issues, but after taking informal courses from Surendra, the entire district is growing more diverse crops. The Rana farm also now employs 130-150 laborers every year, investing in the local economy. And, the Rana family has diversified its business by adding in sustainable poultry farming. For the first time in his life, Surendra bought a motorbike, which he uses to deliver vegetables, visit family and do shopping that he doesn’t have to carry home on his back.

And their aspirations have not stopped yet. The Rana brothers want to learn about other crop varieties that require less moisture, and they want to buy cost-efficient and loss-reducing tools, such as seedling planters, pruning machines, postharvest storage containers and crop cutters — or conduct any other income-generating activities that will help them cope with the changing climatic conditions. Now that they have livable incomes, they’ve said they are more than willing to pay for new tools and information themselves. It’s worth it.

Under PREPARE, USAID has promoted climate change adaptation techniques to nearly 137,000 farmers — 78% of which are using these new techniques and related information. Once vulnerable to climate change, these farmers at the top of the world are not only enjoying the view, but they are also enjoying healthier, more food-secure lives. “Now we use the time we used to spend carrying water to our fields to play with our kids and help them study,” Surendra says with a shy smile. 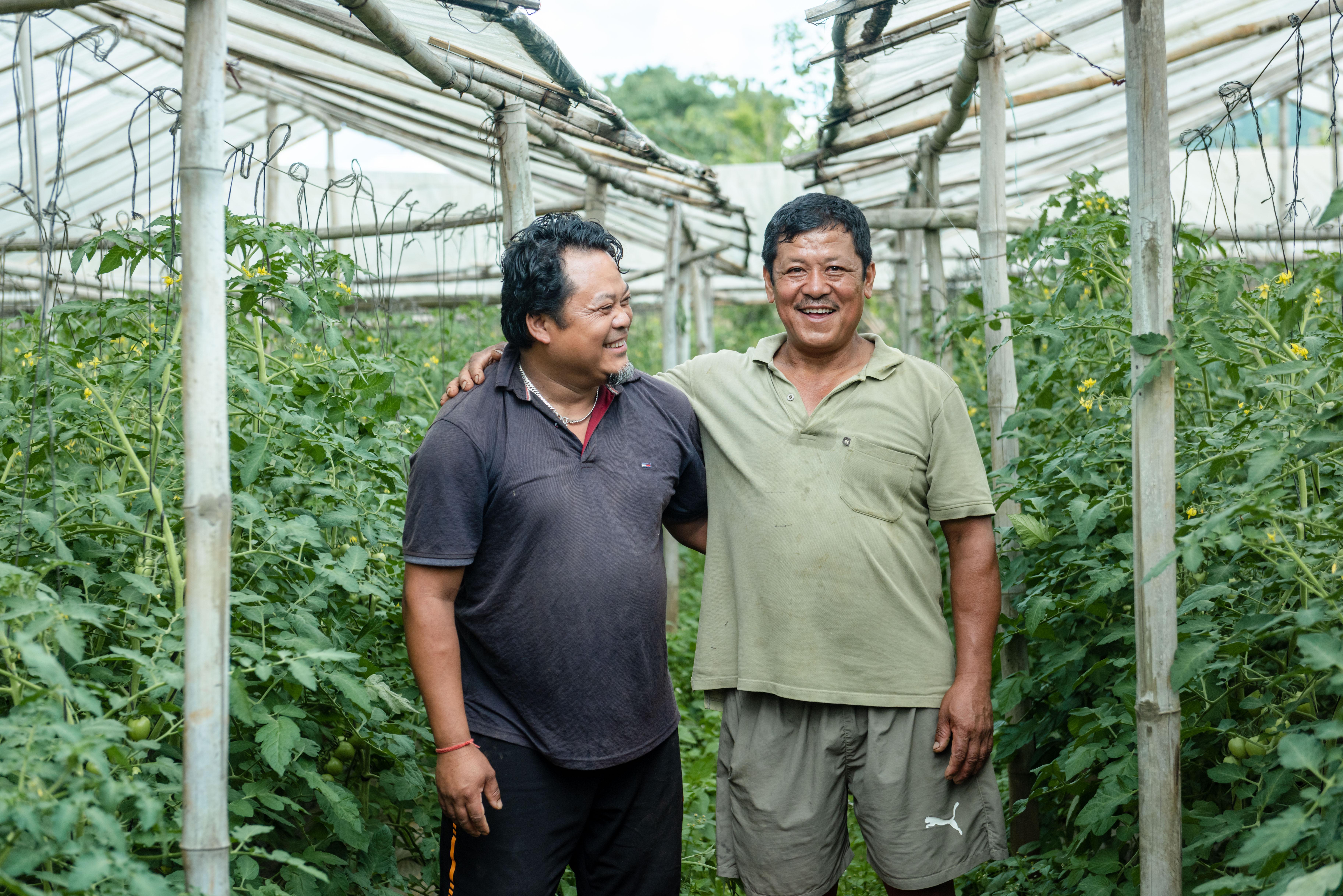