World prices for wheat and sunflower oil surged in late February as Russian boots touched ground in eastern Ukraine. The invasion-induced price shock hurt global consumers already burdened with inflation. Lost in the discussion, however, are the impacts of these food price increases on the informal sector small and medium enterprises (SMEs) that form the backbone of the urban food economies of African countries. In Tanzania, informal food service SMEs (small restaurants and street vendors) serve prepared food that is important for urban consumers. Imported wheat and edible oils are important ingredients in and costs of many of the food service SMEs in Tanzania. We show that the global price hikes hurt their incomes and forced them into business coping strategies that included passing these costs on to poor consumers. Following is an account of the struggles — and resilience strategies — of the female-owned SMEs known as “Mama Ntilie.” 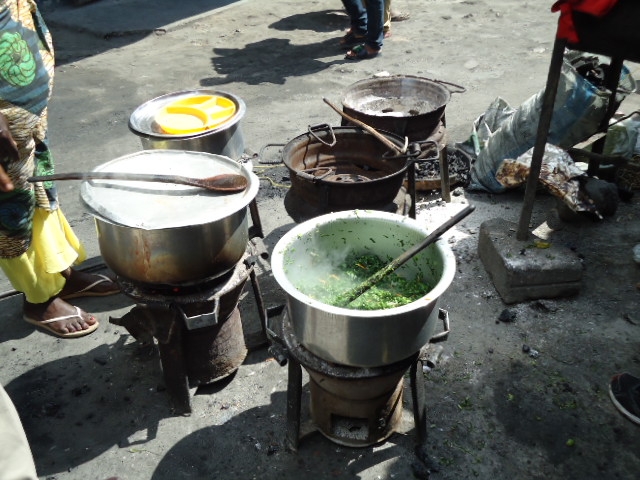 Still an hour before sunrise, light of a different kind illuminates Dar es Salaam; throughout the city, thousands of charcoal stoves are lit and stoked by innumerable food vendors. Mama Ntilie — the affectionate name given to the female food vendors who nourish seemingly the city itself — rise early to prepare breakfast for dock workers, small traders and bankers alike. Breakfast culture in Tanzania’s largest city spans socioeconomic classes, as everyone flocks to their “Mama” to kick start their day.

Although porridge, soup and even beans are widely consumed in the morning, it is tough to find any Mama Ntilie serving chapati — an Indian flatbread — or mandazi — a sweet, fried bread. Both are made from wheat flour and prepared using cooking oil. We interviewed 60 Mama Ntilie who shared that rising wheat and oil prices were among their greatest concerns.

With Russia’s invasion of Ukraine entering its sixth month, the chokehold on the country’s exports — specifically wheat and sunflower oil — sustained price increases through June, and the effects are being felt throughout urban Tanzania where imported wheat and edible oil are key ingredients in food service breakfasts served by Mama Ntilie in poor and rich urban neighborhoods.

As reported by the Mamas we engaged with, the price of one kilogram of flour a year ago ranged from 1,000 to 1,200 Tanzanian shillings (TSh) ($0.43 to $0.51); now, they are dealing with an almost 100% price increase, as flour runs from 2,000 to 2,200 TSh ($0.86 to $0.94). The doubling of the prices of main breakfast ingredients has sent the Mama Ntilie reeling. These are women operating with minimal capital, often informally; keeping the business afloat is a daily concern. 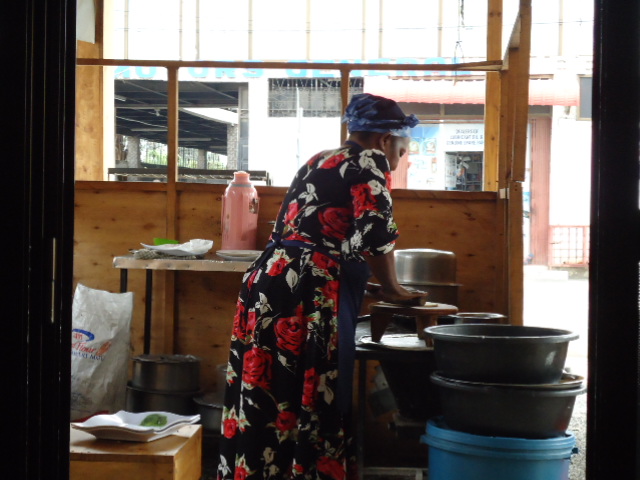 The first coping mechanism was to decrease the size of products offered; to keep cost fixed, higher input prices mean less quantity. When wages fail to follow the price of raw materials, reducing size is a way for food providers caught between wholesalers who themselves have to stay in business, and wallet-watching consumers to maintain both their business and their customer base.

Nevertheless, cost calculations led some of the 60 vendors interviewed to indeed pass the price increase on to consumers, raising the price of their chapati from 300 to 400 TSh ($0.13 to $0.17), for example.

What distinguished those raising prices from those lowering? Considering that patronage is important culturally, Mamas rely on daily interactions with their regular customers to develop a knowledge of their clientele. Mamas we talked to informally heard from their customers and used it to inform their decision.

The final option for them is to change nothing. This was surprisingly the most common decision taken by the Mamas we interacted with (only barely edging out the product shrinkers), and it often came with an explanation. Some had horror stories about neighbors raising prices and losing customers; others were willing to sacrifice a share of profits in favor of keeping the business alive; and a handful of Mamas mentioned being new to their area, and thus needing to focus first on establishing a loyal customer base. 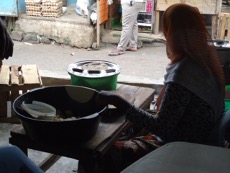 The range of responses reveals valuable information on Dar es Salaam’s food landscape. Informal street vendors are connected to global commodity markets no differently than formal caterers and national chain restaurants. And food vendors like the Mama Ntilie are always clustered in groups. Sometimes this is in a designated space where they pay rent; other times, it is because they all want to access high foot traffic. Regardless of where they are, they are all serving the same products, in the same location.

The consequences of this are that competition is fervent. Increase your prices and you may lose half of your business; decrease your portions and risk getting beat out by the vendor across the street.

No matter how the Mama Ntilie choose to respond, there is no win-win scenario; they risk forfeiting profit, either through reduced unit profit and unchanged volume, or unchanged unit profit but reduced volume. Yet, the expectation remains that they’ll bear the consequences, because whose labor is taken for granted more than Mama’s?

This document was made possible through support provided by Feed the Future through USAID, under the terms of Agreements #72062119LA00001 (Sera Bora project, Tanzania) and #7200AA19LE00000 (Innovation Lab for Food Security Policy Research, Capacity and Influence (PRCI)). The opinions expressed herein are those of Michigan State University and the Agriculture Sector Policy and Institutional Reforms Strengthening (ASPIRES) project and do not necessarily reflect the views of USAID or the U.S. government.

How the War in Ukraine Threatens Bangladesh’s Food Security