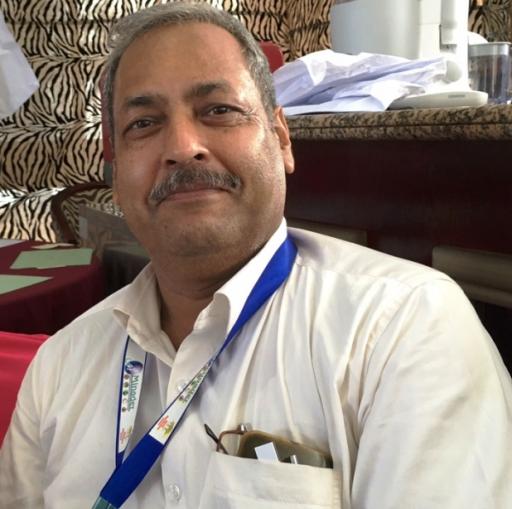 Let’s look first at the grim nutrition scenario in India. The Global Nutrition Report 2021 says 53% of Indian women aged 15 to 49 years are anemic, while 34.7% of children under five years of age are still victim to stunting. This is higher than the average for the Asia region (21.8%). And, 17.3% of children under five years of age are affected by wasting. India contributes a third of the global burden of undernutrition. Given India’s population size, investing in actions to reduce all forms of malnutrition is especially important, not just for India itself, but also to support the attainment of global targets. Can India overcome this huge malnutrition burden? Some say it is not going to happen in near future. Yet, I am optimistic and hopeful — why?

Nutrition is a priority

Since 2018, India celebrates the month of September as Nutrition Month. It was heartening to note that the Indian Prime Minister spoke recently on the significance of observing September as Nutrition Month. He said, we celebrate the Poshan Maah (Nutrition Month) every year from the 1st to the 30th of September. Many creative and diverse efforts are being made all over the country against malnutrition. Better use of technology and also public participation has become an important part of the nutrition campaign, he said. The Prime Minister earlier launched a well-thought-of nutrition campaign (Poshan Abhiyaan) in March 2018. This nutrition campaign, Malnutrition-Free India, is expected to address nutritional deficiencies among adolescent girls, pregnant women, lactating mothers and children from 0-6 years of age. It seeks to reduce the level of stunting, undernutrition, anemia and low birth weight in children by use of technology and community involvement. This campaign was taken forward ever since by Krishi Vigyan Kendras (Farm Science Centre) by organizing several nutrition sensitization programs across the country (for example, this article discussing various activities, Poshan Maah 2020, a webinar and a training event).

The consumers, too, need sensitization on the consumption of nutritious foods in countries like India. In our programs, we are highlighting the importance of eating nutritious foods. On August 14, 2022, we carried out a rally in a village to raise awareness on growing and consuming healthy foods. Also, I believe strongly that we need to redesign our farm extension strategies by including consumers in our campaigns. I wrote on this, how the consumers are the missing link in Extension and Advisory Services (EAS) schemes thus far, which needs to be fixed. The farmers will grow what consumers demand. If we create demand for healthy foods at the level of consumers, the farmers will be encouraged to produce farm products which are good for health. So much depends on consumer awareness. We have included consumers’ awareness on consumption of nutritious foods in our extension campaigns as one of the most important agendas.

Millets for food and nutrition security

Millets — often called “nutri-cereals” due to their high nutritional value — are a group of small-seeded grasses grown mainly in dry zones of Asia and Africa. These include sorghum (or great millet), pearl millet, finger millet, fonio, proso millet, foxtail millet, teff and other smaller varietals. Millets are a good source of energy, carbohydrates, fats, proteins, soluble and insoluble fiber, antioxidants, iron, zinc and vitamins, and can help eliminate micronutrient deficiency in India and other developing nations. Considering the multiple benefits of consumption of millets on human nutrition and health, the United Nations has declared 2023 as “the international year of millets.” The proposal of the Government of India for an International Year of Millets (2023) was endorsed by members of the Food and Agriculture Organization (FAO) governing bodies, as also by the 75th Session of the United Nations General Assembly. Also, India launched the “Mainstreaming Millets for Nutrition Security” program in 2021. It provides a detailed framework for strengthening the entire value chain by addressing the gaps and calls for replicating scalable models across states for millet promotion in the country. The Indian Ministry of Agriculture and Farmers Welfare has made elaborate plans to promote millets. Millets supply superior nutrients and possess excellent climate resilience properties. Therefore, promotion of millets could also help attain the sustainable developmental goals (SDGs) of the United Nations. In the search for climate-resilient solutions, millets could be the crucial link in the sustainable food supply chain.

Across rural India, the Indian government, through various grassroots institutions, is encouraging farmers to cultivate a mix of crops that improve their own food security and nutrition requirements. India’s agriculture and food security policies, thus, are now going beyond the calorie sufficiency approach toward ensuring access to a nutritionally balanced and diverse diet.

The efforts being made by various government agencies, including the Ministry of Women and Child Development, nonprofits and the private sector are going to help bring positive change in the nutrition profile of India’s undernourished millions! I am hopeful!

Celebrating 2023 as the International Year of Millets

Collaborating with Agricultural Academic Institutions in the United States: Opportunities for India

Consuming Animal Sourced Foods (ASFs) is a must for a healthy living, so let’s improve animal production!