Bringing the Private Sector to the Fight Against Fall Armyworm 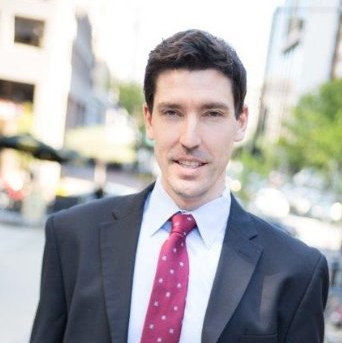 “The most expensive product a farmer can ever buy is the one that doesn’t work.”

So began a conversation with Marius Boshoff, Villa Crop Protection’s Marketing Director in early 2018. We were exploring opportunities to leverage private sector insight and capabilities of Land O’Lakes, Inc.’s South African affiliate to combat the emerging threat of Fall Armyworm (FAW) in Africa.

Such a simple statement resonated deeply with our team at Land O’Lakes Venture37 because it came from a leading agronomist and crop protection expert in the field who has spent his career helping farmers make informed decisions with the bottom-line in mind. Over the last two and a half years, Venture37 has partnered closely with both Villa as well as our corporate affiliate WinField United to help USAID, farmers, seed companies, host-countries, and fellow implementing partners in the broad call to action to combat FAW across Africa. Along the way, we’ve gathered a few insights.

It is one thing for implementing partners and NGOs to train and build the capacity of the private sector. It is quite another when industry partners are given the time and space to connect and learn from each other. As we found when hosting a pan-African seed sector training with 100 different seed companies from across 16 countries at Villa’s HQ in Johannesburg in 2018, the opportunity for companies to engage at an industry level resulted in tremendous networking opportunities, deep engagement and learning, and lasting market connections that have continued long-after the training. We have taken these industry connections a step further through Venture37’s USAID Resilient Agricultural Markets Activity — Beira Corridor in Mozambique — where we work with several seed companies trained by Villa to further promote resilient agricultural practices for smallholders. Currently, we partner with Phoenix Seeds to trial the efficacy of jack bean (Canavalia ensiformis) a locally available leguminous intercrop and rotation crop to repel Fall Armyworm. Through this prior training with Villa, Phoenix Seeds now plans to market maize and jack bean seed kits through its agrodealer network in the 2020/2021 growing season which will reach thousands of smallholders in partnership with our RAMA-BC project. Likewise, we’re working with Klein Karoo (K2) on similar intercropping strategies and smallholder marketing opportunities gained through initial training with Villa.

As the development community and host-country governments pivoted quickly to address the emergence of FAW beginning in 2016, there was a lack of widespread knowledge about how to train farmers in basics, such as field scouting, trapping, biological and non-biological controls. As a result, farmers often panicked and used pesticides without proper training or awareness of the harmful effects of using such chemicals improperly to treat FAW. Our partners from Villa and WinField United have decades of experience in advising farmers in the responsible and effective use of pesticides to mitigate FAW and other pests with their own farmer clients — experience that has resulted in years of successfully controlling FAW in the United States through good agricultural practices. Though the context is different in one country to another, Villa, WinField United and Venture37 were able to translate this experience in support of smallholder farmers through various projects across Africa.

As outlined in USAID’s Fall Armyworm Results Framework, it’s clear that implementing partners alone are not enough to solve the now endemic threat of FAW across Africa and Asia. Development implementers should continue to work closely with local partners and networks to understand the situation on the ground and, whenever possible, seek out industry expertise to scale and replicate approaches. Partnering with Villa in early 2018 to support our ongoing work in Mozambique allowed our project team to coordinate and build the capacity of local input suppliers and provide agronomic insight and analytics to our RAMA-BC farmer clients. Now our project team and local partners maintain communication and connection with our experts from Villa to troubleshoot approaches or seek out additional advice as needed.

As was predicted when FAW first emerged on the continent in Ghana in 2016, the threat of the pest to smallholder resilience and livelihoods is now persistent and endemic. The call to action first raised by Ambassador Mark Green at the World Food Prize in 2017 was just the beginning. Now nearly three years on, we need sustained engagement of the private sector more than ever.

Interested in learning more or partnering with us on FAW? Check out an informative summary of our partnership with USAID and Villa Crop and WinField United here. Or contact John O’Connell, Program Director at Land O'Lakes Venture37.

Feed the Future Tools to Combat Fall Armyworm in Africa

Resilience: Looking Back to Move Forward

An Innovative Approach to Agricultural Extension in Mozambique