Women's Economic Empowerment in the Coffee Sector: A Journey 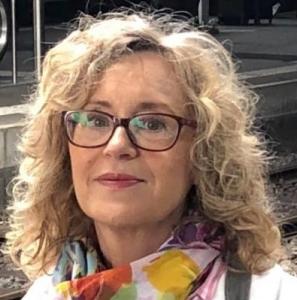 It is often heard in East Africa that coffee is a man’s crop. What is not so often acknowledged though is that without women’s contributions there would be no coffee crop at all to market. Why is it, then, that women’s roles in the coffee value chain are given so little visibility?

Membership of a producer organization — a catalyst for empowerment

The valuable role producer organizations play for smallholder farmers in East Africa is not restricted to the coffee sector. In the coffee sector, however, there has long been a male dominance in the governance structures and membership of producer organizations and as a result, there's a perception of coffee being a male crop. This perception is in the process of changing.

Producer organizations, whether governed by codified regulations or by looser governance structures, have typically allowed for only one farmer member per household, usually the head of household. In light of prevailing sociocultural norms, this is typically the male. Occasionally, the smallholder is a female (usually widowed) head of household.

It's often challenging for small-scale coffee farmers to navigate the few alternative marketing channels available. Producer organizations form a pillar for the smallholder’s livelihood, establishing a crucial link to the washing stations that buy farmers' harvested coffee cherries, thus becoming the nexus of the farmer’s sales channel. Moreover, the producer organization is the farmer's source of support, guidance and training in vital areas of their farming practices. But this support has been restricted to the mostly male heads of households.

Shifts in social norms are pushing for change. Half of the coffee farmers in East Africa are estimated to be 60 years old or more, and the next generation of coffee farmers — if there is one — will in all likelihood reshape the parameters of the business. With realigned governance structures and regulations in some coffee producing areas of East Africa, traditional male dominance in producer organizations is giving way to a more gender balanced composition. And for the better — for the sake of both the organizations and for the women farming coffee. Women are being supported, and even encouraged, to take on greater roles in this sector, supported by training in leadership, business skills and good farming practices.

If you can’t be seen, you are not counted

An ongoing project in the coffee sector in Rwanda, implemented by the Kahawatu Foundation in partnership with Zoégas/Nestlé, is striving to strengthen women’s involvement in the coffee value chain for small-scale farmers. With a substantial share of Rwandan households involved in coffee farming headed by women, it has already been well demonstrated that women are just as capable as men in bringing the coffee harvest to fruition, from planting seedlings to the delivery of coffee cherries to washing stations, generating much-needed cash for themselves and their families. Now, with targeted support from the Kahawatu Foundation, whose collaboration in Rwanda is in its third phase, women are being taught the leadership skills needed to take on greater roles in the coffee farming community and their technical skills are being strengthened.

Female coffee farmers are keen to play a greater role in decision-making on the family farm, as well as in the community. Deciding, for example, on how money is spent on items such as the purchase of fertilizers or new seedlings or deciding when to harvest the ripe coffee cherries is no longer the exclusive domain of the male head of household.

Both partners in a farming household need basic technical skills, and women need support from their husbands for pursuing greater involvement in joint decision-making as part of the empowerment process. Women may have acquired skills along the way as a coffee farmer’s spouse and contributor to the business. However, with female input traditionally limited to manual tasks, such as weeding, watering or planting, women have been precluded from the transfer of knowledge in more technical aspects, such as the correct way to apply fertilizer or the correct way to prune. Why? Because they have not been seen and not been counted by the providers of training. Most female farmers have not had access to training, either from extension workers or through the producer organizations, as they traditionally have not been recognized as the coffee farmer of a household. The male head of household has held sway over decisions concerning the production of cash crops, whilst women are left to their market gardens to feed their households.

In focus discussion groups held in rural Rwanda as part of the ongoing Kahawatu project, it was observed that not only did women tend to have very low self-esteem with regard to their status as coffee farmers, but also their awareness of their actual contribution along the coffee value chain was found to be very weak. Many female participants had only vague notions about the role they played in getting the coffee cherry from seedling to cash crop delivered to a washing station, despite the fact that their contribution was invaluable to the value chain in its entirety.

Without membership in a producer organization, most female coffee farmers participating in these discussions stated that they had not received formal training, nor had they participated in meetings on subjects that directly affected their livelihoods. Their voices were quite simply not heard. Denied access to appropriate channels, most women had neither the ability nor the confidence to express their opinions and were unable to gain exposure to other farmers’ experiences. This is why it is so crucial that all women coffee farmers, not just those from female-headed households, be included in training programs. The Kahawatu Foundation’s program for coffee farming as a family business is now addressing this gender imbalance through targeted initiatives.

Empowerment is a journey

Many of the women who participated in the Kahawatu focus discussion groups stated that no one had ever asked about their opinions on coffee farming before. This perhaps explains why some participants had been at a loss to name the various stages of the coffee value chain and identify the roles they played in the process.

To empower women, leadership and representation skills need to be developed as an important pillar alongside technical farming skills. Speaking up does not come easily to all. Empowerment for a small-scale coffee farmer in East Africa does not mean the same thing as for an urban female entrepreneur. For the female coffee farmer, the journey itself is empowerment. As she acquires the skills and confidence to participate as an equal contributor to the family farming business, the female coffee farmer learns to sit comfortably on committees and play an important role in producer organizations for the benefit of her community, as well as in her family farming business.

Women’s economic empowerment initiatives, whether stand-alone or part of a broader program, generally aim to pursue a dual path. The first path concerns economic advancement — improved income — for women, whilst the second path focuses on strengthening power and agency. These two paths may be pursued simultaneously in a project or one at a time. Activities may target the individual or the household, as well as the community, often with interlinkage and spillover positive impacts at all of these levels.

In the case of the Kahawatu Foundation coffee project, both paths are being pursued simultaneously under the approach of family farming as a business. Women’s business practices are being improved through training on basic, good practices, such as record-keeping (financial, as well as recording farm inputs), while on the other track, training is provided to strengthen women’s communication skills and representation on producer organization committees. At a community level, the principles of gender equality are being introduced to both men and women.

In the community, the value of women’s contributions in the coffee sector is gaining recognition and shifts in attitudes to gender roles in coffee production are expected to create a more favorable environment for farming as a family business founded on gender equality.

The Kahawatu Foundation coffee project in Rwanda is enabling women coffee farmers to play greater roles in organizational structures and in decision-making. Greater participation in producer organizations, either as officeholders, trainers or recipients of training, is helping women along their empowerment journey.

Putting Women at the Center of Household Decision-Making

The “3 Rs” of Promoting Women’s Engagement in Food Systems