Why Women in Northeast Nigeria Aren’t Planting Crops This Year 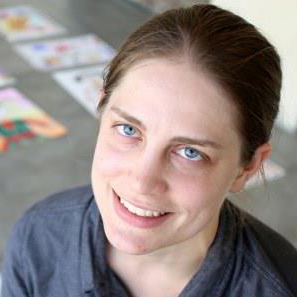 Female farmers in focus groups in Northeast Nigeria highlighted that if there’s a reason why they don’t farm in the 2022 farming season, it would be because of the ridiculously high cost of living and the risks involved, which give no guarantee of harvest even after investment. 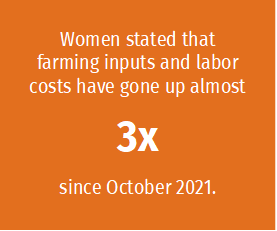 CARE International Nigeria implemented discussions with Village Savings and Loans Associations (VLSA) engaged in the Food and Agriculture Organization, and CARE, where they implemented the Livelihood and Resilience Building Project in Mairi of Jere Local Government (LGA). The participant’s cohort was integrated by 10 women. Many of them were married to farmers and/or have been farmers in the past and at the present. The main goal of the discussions were to understand the impact of the current food crisis and how it is affecting food security, inflation and raising the costs of living for small-scale farmers. Also, the project team attempted to understand how the current food crisis is aggravated by climate and by the 12-year protracted armed conflict in northeast Nigeria.

The women mentioned that since arriving in Maiduguri as internally displaced persons (IDPs), most of them stopped farming because of a lack of access to safe lands and mentioned the persistence of security incidences involving causalities. Additionally, their priority was to feed and stay alive, detached from comfort. They also explained that they are not eating enough, much less investing in farming, due to the high rates of land rent and of laborers’ pay for the day jobs. These rent prices went as high as 500%, and women believe this is a consequence of the rapid and consistent rise in the cost of living.

Impact of food crisis on families and coping strategies

Women also mentioned that the prices of food doubled between October 2021 and 2022. For example, rice price used to be 800 Naira, but now it is 1,800 Naira. Before the food crisis, women were able to cook enough for their families, neighbors and friends. But now, most of them eat twice or even once, daily.

Women are struggling to earn a livable income, some of them are barely making 1,000 Naira a day ($2.41), which is a low amount to be able to provide food for their families. The food crisis is pushing women to buy low-nutrition food and to cut food rations.

Considering the different areas impacted by the price hikes, such as availability of land, improved seeds, cost of labor, fertilizers and pesticides, farming is being jeopardized. Some farmers who cultivated seeds last year were not able to harvest them due to the pesticides and fertilizer price increase. Another activity that became challenging is feeding livestock, which feeding regime was changed and adapted to the food prices, making the livestock not sale worthy (not for a good price).

“Recently, some farmers were apprehended by members of the organized armed groups (OAGs) in their farms while they were preparing for this farming season. They were freed and sent back with a warning to discourage anyone who attempts to cultivate in those areas, and to make sure their message was visible as it was audible, they cut off the ears of some of the workers on the farms and amputated the hands of the owner of the farm. Hearing of such reports, we cannot take the risk of going back to farm, even if we want to.”

COVID-19 and Women: Saving for Resilience