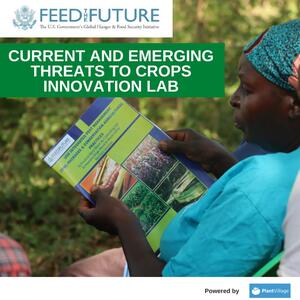 A popular TV program aired on citizen television in Kenya, known as Shamba Shape Up, is helping farmers adopt biocontrol agents against fall armyworm. In an integrated pest management project led by Feed the Future Innovation Lab for Current and Emerging Threats to Crops, Dream Team Agroconsultancy Limited partnered with the television program to reach more than 5 million farmers with education on parasitoids.

Dream Team Agroconsultancy Limited scaled up the use of parasitoids in 700 demonstration fields in 10 counties. The project succeeded in setting up a parasitoid-rearing facility and distributed more than 30 million of the natural enemies to fall armyworms. As part of the project, Shamba Shape Up visited some of the farmers and filmed an episode to educate farmers on parasitoids.

“With the increased use of synthetic pesticides which are often harmful to humans and the environment, pests become resistant. Our project was in a crucial position to drive change and promote the use of natural enemies, which is environmentally friendly and cost-effective. An IPM campaign through the television program invited viewers to send SMS through iShamba if they would like more information about the program or require a leaflet with more information,” said John Chelal, the director of Dream Team Agroconsultancy Limited.

The agricultural show has instigated an enormous demand by farmers to purchase parasitoids. Through iShamba messaging services, there have been numerous requests by farmers to be linked with the rearing facility. Dream Team experts have also conducted a series of training during the delivery of parasitoids.

Machakos was the first county where farmers reached out after watching the television program.

“We went ahead and recruited parasitoid agents; these are local farmers from the communities with the ability to mobilize other farmers. They are trained on release protocols and conservation of parasitoids in the field and are supplied with parasitoids to sell to farmers,” said Brenda Cheptoo, Parasitoid lead, Dream Team Agroconsultancy Limited. 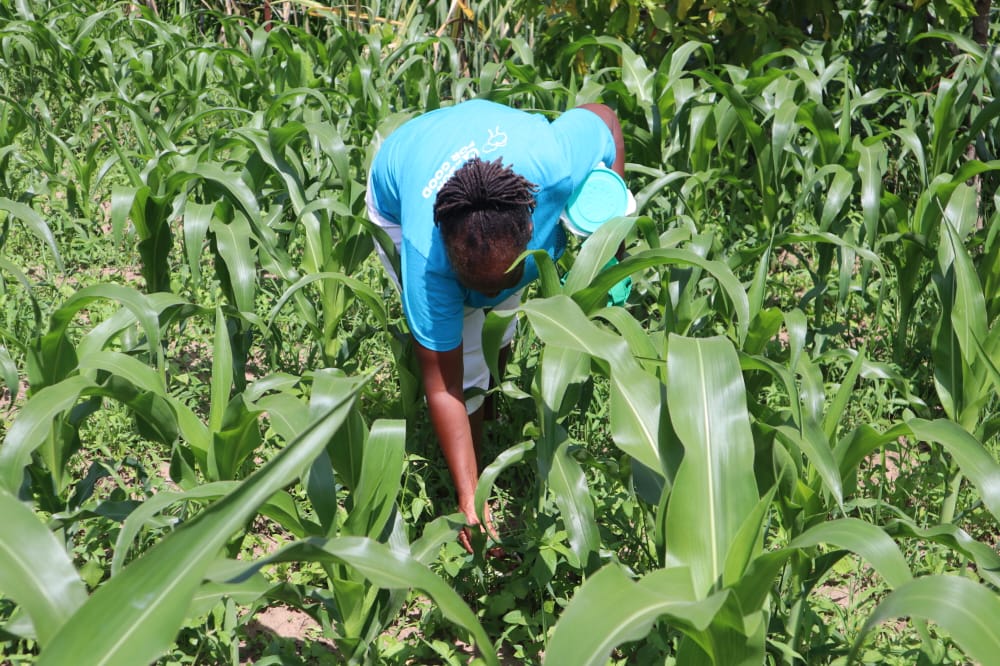 The parasitoid agents provide a link between the farmers and the rearing facility.

“Our first agent, Teresia Maingi, had reached out via iShamba after watching the TV program. We released parasitoids in her maize field. She experienced improved yield and became a strong advocate. This became the ideal model to meet demand,” she added.

In the latest training organized in Kivu primary school, Kangundo Sub County in Machakos County, more than 360 farmers were equipped with knowledge on biological control of fall armyworm, a menace in maize production in that region. 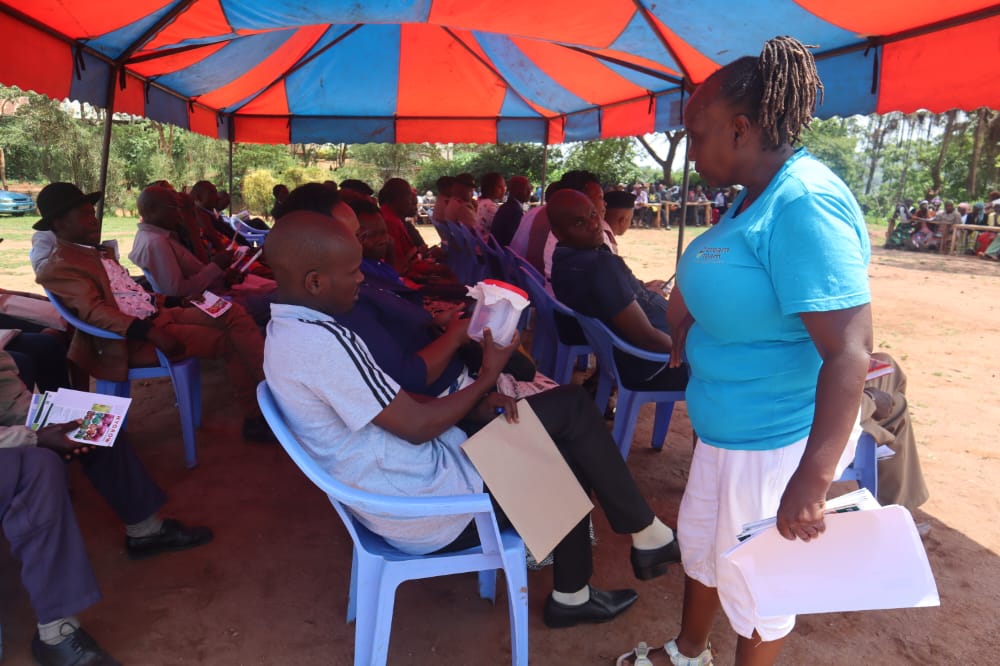 Simon Mutinda, a maize farmer who attended the training from Kangundo Constituency, Machakos County, was stricken twice; prolonged drought and the damaging fall armyworm pest. After experiencing recurring loss, he decided to try an alternative solution.

"For one acre of land, I have been harvesting 1 bag of maize since the maize is heavily attacked by the fall armyworm,” he lamented. 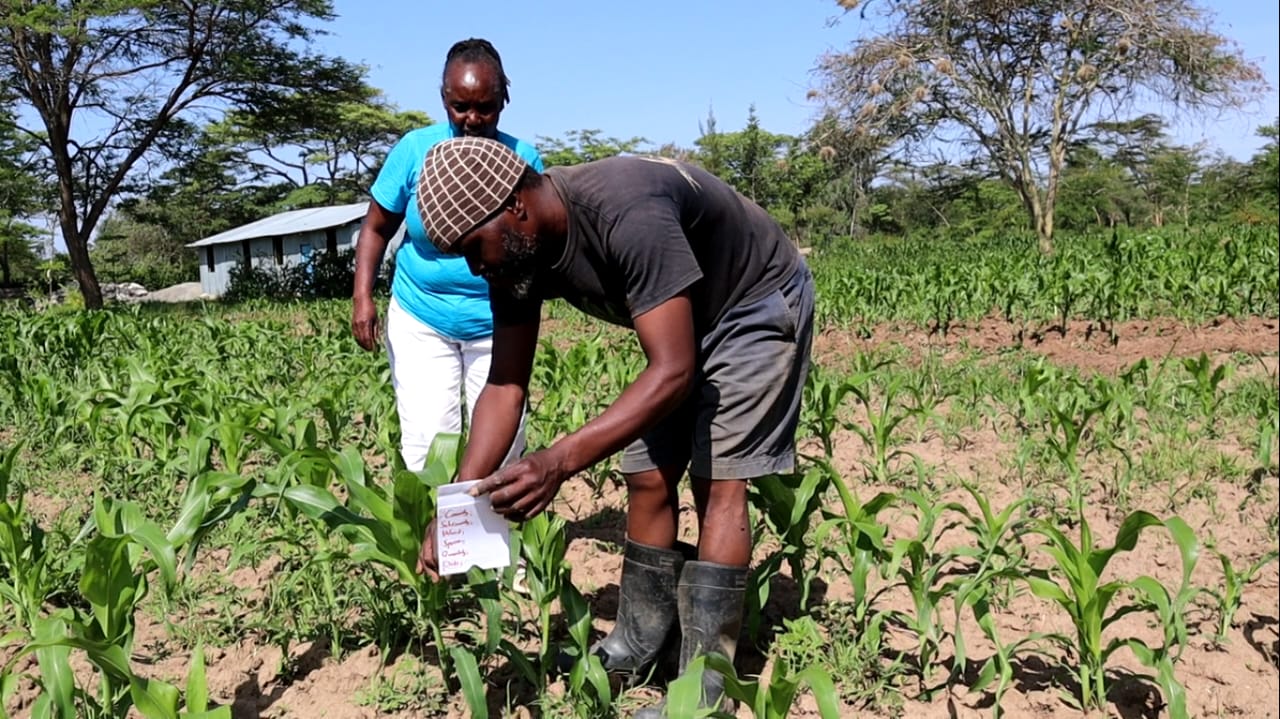 Mutinda cultivates maize and beans on his 5-acre piece of farm. He bought parasitoids from the agent at Ksh. Five hundred parasitoids in one card were used on a quarter acre. After saving a lot of money that he would otherwise have used on pesticides, his interest in this new solution was piqued and he attended the training to learn more.

"It is my first season to use parasitoids on my farm, as you can see, no plant has been attacked by the pest and I am hoping for a bumper harvest this season", he concluded.

The television program continues to play a crucial role in outreach. With re-runs of the episodes on fall armyworm management, more farmers continue to buy and use parasitoids thus reducing the use of synthetic pesticides.