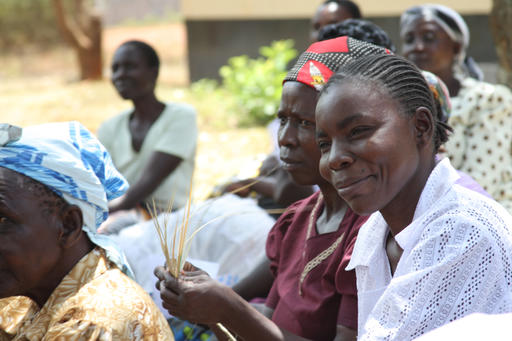 Subsidies for agricultural inputs can be a powerful way to enable small-scale farmers to increase their productivity. At the same time, subsidies can easily become permanent, adding a recurring cost to national budgets without ever achieving lasting take-up without a subsidy.

If the ultimate goal of a subsidy is to put more productive inputs within reach of small-scale farmers, recent research and policy analysis provide insights on what conditions make it possible to spark self-sustaining adoption. The most effective approaches focus on promoting learning, creating access and an eventual end of the need for subsidies.

A learning subsidy prioritizes creating opportunities for farmers to try a new or unfamiliar input with minimum risk. This approach can be particularly effective in communities where small-scale farmers have little experience with the targeted input.

For example, some farmers may have no experience with improved seeds or chemical fertilizers. These inputs may be able to radically improve yields, but without seeing those benefits for themselves, farmers have no way to know for sure if they will be worth the extra cost and effort. A subsidy lowers the cost of finding out.

In Mozambique, a research team supported by USAID partnered with the Ministry of Agriculture and the International Fertilizer Development Center to implement a randomized, controlled trial to evaluate the impacts of a temporary subsidy for improved maize seeds and fertilizer.

The temporary subsidy was designed to create an opportunity for a farmer to experience for herself how profitable the package would be. As a result, farmers who received the subsidy had 66% higher maize yields, on average, for at least two years after the subsidy ended.

A subsidy helps overcome two key barriers to adopting more productive inputs. First, it reduces the financial cost of the input, reducing the need for cash on hand (liquidity) and the potential for loss if the crop fails. Second, it reduces the risk of experimenting with an input that has uncertain returns and profits compared to a farmer’s typical crop.

A research team supported by USAID recently published results from Tanzania on the impacts of on-site soil testing and input subsidies. The soil testing would virtually guarantee that the recommended fertilizers would increase maize yields, and the subsidies would reduce the liquidity needed to buy them.

The study showed that only farmers who received both the test results and subsidy increased their use of fertilizers and had higher maize yields. The soil testing and targeted recommendations, which reduced uncertainty about which fertilizers would boost yields, were not enough to accomplish either on their own.

An input subsidy can easily become a permanent cost. In Kenya, for example, the two national fertilizer subsidy programs have cost nearly $310 million since 2007 with no sign of slowing in terms of cost. There are two key ways that a subsidy can be designed to promote self-sustaining input adoption without this kind of permanent cost.

One approach is to design the subsidy in a way that will “crowd-in” investments, which means attracting additional investments beyond the subsidy itself. This can happen when farmers have visibly higher yields because of a new input and their neighbors decide to follow suit. When this happens, the overall levels of input adoption in an area increase without an increase in a subsidy’s total cost.

The yield impacts of the Mozambique input subsidy mentioned above were driven by these additional investments. In fact, some of the largest gains in maize yields came from farmers who did not receive a subsidy at all. In total, every $1 spent on the subsidy generated about $20 in additional productivity.

Supporting a strong private sector to establish and even expand the market for the subsidized inputs can reduce the need for subsidies at all. In Kenya, for example, fertilizer subsidies have generated significant benefits in terms of crop yields, but their structure has also created competition for a commercial fertilizer sector that had already driven fertilizer adoption rates far beyond those of other countries in the region.

Subsidies that crowd out commercial purchases function more like direct cash transfers. This puts cash back into farmers’ pockets, but at the expense of the commercial market. However, for farmers unfamiliar with or reluctant to use chemical fertilizers, the experience in Mozambique shows that a temporary subsidy can generate very high rates of return, especially when neighbors see firsthand what is possible.

Tara Chiu is the associate director of the Feed the Future Innovation Lab for Markets, Risk and Resilience and the Resilience+ Innovation Facility at UC Davis.

Visit the Activity Page for Feed the Future Innovation Lab for Markets, Risk, and Resilience