Surprising Impacts of COVID-19 in Urban and Rural Africa: Data from Five Countries 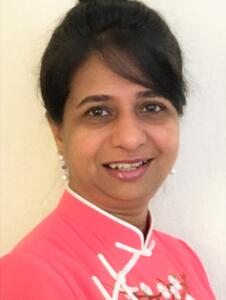 Since early 2020, the world has been grappling with the global pandemic. African governments followed best practices and responded to COVID-19 by locking down and imposing mobility restrictions to reduce the spread of the disease. Observers predicted these measures would cause widespread food insecurity and drastically decrease incomes, pushing people into poverty. Expectations were that those in urban areas would fare worse than those in rural areas, due to stricter restrictions and less access to food production. However, data in recent research showed impacts across rural and urban areas were surprisingly similar to each other, with no significant difference between the rural and urban households across five countries. More than that, negative impacts were 43%-63% smaller than predicted, though still serious, with estimates of an additional 22 million people living below the poverty line by July 2020.

Gathering the data through phone surveys

Data was gathered through a representative phone survey from September to November of 2020. Four thousand rural and urban households were included in five countries: Kenya, Mali, Nigeria, Senegal and Zambia. The study had a large sample, a consistent sampling method across all countries and a four-month analysis period to effectively show unbiased multicountry trends.

The goal was to address three main issues:

Reality versus expectations: the data tells the story

Figure 1 shows the percentage of income loss in the five countries studied, during the month of July 2020, with an average decline shown across all countries to be around 7-19%. This was vastly lower than the estimated 30-40% decline, though the loss in income was still damaging and pushed many households into poverty.

Surprisingly, in four of the countries studied, there was not a statistically significant difference between the number of rural and urban households who lost income. Zambia was the only country where there was a difference, with more rural households than urban reporting a loss, 23% versus 15% respectively. This refuted expectations that urban populations would generally experience lower incomes than rural populations and indicates greater economic linkages between rural and urban populations than previously understood.

Between 16% and 60% of households self-reported challenges with food during the lockdown, either skipping meals or eating less or lower quality foods. Even the Zambians — who on average had a very small change in income — ate less.

Again, the data told a different story than expected by predictions. Rural households were expected to have less food consumption issues than urban households, due to ongoing subsistence farming and access to agricultural value chains. The authors stated, “We find no consistent association across countries of consumption outcomes with lockdown restrictions, whether in rural or urban areas, or by other household characteristics.”

Households reported a number of governmental interventions and assistance they received during the time period. Though it is unclear how much of this assistance was due to COVID-19 and how much may have already been in place before the pandemic, these were all pathways that government and nonprofits used to mitigate the effects of poverty.

However, in four out of five study countries, only 1% to 15% of all households reported receiving any of these kinds of assistance. Through the data, it becomes clear that stated policy intentions are not translating into effective policy implementation. While following sensible COVID-19 protocols can save lives, an approach that keeps people from falling ill only to fall into poverty is not useful. Policy also needs to be built that protects the economic gains made in these countries while also protecting citizens’ health.