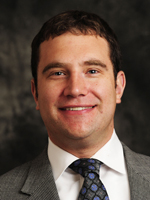 This post was written by Wyatt Pracht, Jacob Ricker-Gilbert and Tim Rendall from Purdue University and Patrick Ketiem from the Kenya Agricultural and Livestock Research Organization (KALRO).

Providing youth with access to economic opportunities is a major challenge across the developing world. This problem is particularly acute in sub-Saharan Africa (SSA) because 20 percent of the world’s rural youth live in the region and that number is expected to reach 37 percent by mid-century. With nearly 14 million young Africans, mostly from rural areas, entering the workforce every year, the importance of this problem cannot be overstated.

At the same time, linking rural smallholder farmers to the agricultural input supply chain is another challenge in SSA and elsewhere in the developing world. Even after substantial public- and private-sector investments to promote the use of modern agricultural inputs, many smallholder farmers in SSA still have difficulty accessing these inputs when and where they need them. Limited access to modern inputs is a major constraint to reducing food loss and waste (FLW). In SSA, the lack of effective drying and storage technologies means smallholder farmers experience high losses as they struggle to preserve what they produce throughout the year. Estimates of average physical quantities of grains lost by farmers who suffer losses has been found to be between 5 and 12 percent of their total harvest. However, the loss of food quality in the form of unsafe aflatoxin levels due to improper drying and storage practices has been found to reach 30 percent. This level of quantity and quality of FLW has major implications for the income and health of millions of smallholder farmers and consumers in SSA and elsewhere. 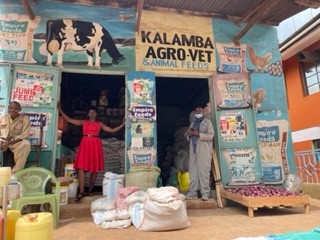 With these considerations in mind, Purdue University, in collaboration with KALRO, implemented a project in the eastern Kenyan counties of Machakos, Makueni and Kitui starting in late 2021 and 2022. The objective of the project was to understand if rural youth who lacked economic opportunities could be incentivized to sell FLW-reducing inputs to smallholder farmers who were underserved by existing input supply chains. In order to evaluate the impacts of the intervention causally, we designed it as a clustered randomized controlled trial (RCT). The project recruited and trained 397 youths who were members of 40 agricultural youth clubs (with 20 treatment clubs and 20 control clubs). Treatment youth were trained in business concepts, FLW reduction management and gender considerations; they were also linked with agricultural input suppliers (henceforth, agro-dealers) and provided the opportunity to sell post-harvest inputs that included hermetic bags and low-cost moisture meters called hygrometers.

The agro-dealers provided youth group members with support in the form of in-kind capital, equivalent to $25 worth of inputs on credit (e.g., 10 hermetic storage bags). The $25 amount in capital was chosen as a modest amount with which to provide the youth after our discussions with local agro-dealers. Additionally, the youth were required to put up $5 in collateral for the agro-dealer as a sign of their seriousness and commitment to the project.

In February and March 2022, local agro-dealers provided each youth with ten hermetic bags and hygrometers to sell to smallholder farmers during the post-harvest period of February to April. The project completed the first post-treatment round of data collection in May 2022. The results that compared average incomes between treatment and control group youth after one season showed that the intervention increased average income for treated youth who sold post-harvest inputs. However, it is important to note that the incomes generated from selling inputs were not evenly distributed among the youth. For example, the median youth in the treatment group generated only about $10 additional monthly income over the selling period. When we looked across the distribution of treated youth, those at the top of the income distribution (above the 90th percentile) who were randomly assigned to the treatment group increased their income by more than $75 over the period.

It seems that those who were most successful selling post-harvest inputs had an existing business, such as motorcycle taxis and shops. These people added the FLW-reducing inputs to their existing products, while people who had few other existing employment opportunities had trouble generating enough income from selling the inputs without some other economic activity with which to connect. Also, older youth who were closer in age to 35 years made more money selling inputs than did youth who were closer in age to 18.

It is important to note the prolonged drought currently affecting the horn of Africa has decreased demand for these post-harvest inputs with farmers harvesting smaller yields. This was cited as the number one most common challenge to selling by the youth as well. The project team will be returning to the field for another round of data collection in late 2022 to train the control group and assess the medium-term impacts of the intervention and its potential for sustainability and scalability.

This work was funded in whole or part by the United States Agency for International Development (USAID) Bureau for Resiliency and Food Security under Agreement # AID-OAA-L-12-00003  as part of Feed the Future Innovation Lab for Food Processing and Post-harvest Handling. This work was also funded by LASER (Long-term Assistance and SErvices for Research) PULSE (Partners for University-Led Solutions Engine). LASER is a $70M program funded through USAID’s Innovation, Technology, and Research Hub, that delivers research-driven solutions to field-sourced development challenges in USAID partner countries. A consortium led by Purdue University, with core partners Catholic Relief Services, Indiana University, Makerere University, and the University of Notre Dame, implements the LASER PULSE program through a growing network of 3,000+ researchers and development practitioners in 74 countries. LASER PULSE collaborates with USAID missions, bureaus, and independent offices and other local stakeholders to identify research needs for critical development challenges, and funds and strengthens the capacity of researcher-practitioner teams to co-design solutions that translate into policy and practice. Any opinions, findings, conclusions or recommendations expressed here are those of the authors alone.