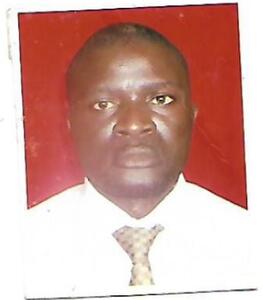 Technology has become the crux of agricultural progress and at the center of increasing production while ensuring that contracts between farmers and consumers remain faithfully executed. A  recent development involves the application of blockchain technology in smart farming.

Blockchain technology is developed in the form of a ledger that lists each account and transaction written,  including those stored by any participant. The collective management of the ledger is by way of a peer-to-peer network that requires that every new record undergo verification by the network before being added to the blockchain. In an article, frontiersin.org reported that to change or alter any data within a blockchain, the entire network or its majority should agree. This makes it a challenge and almost an impossibility to change the data recorded within a ledger. Blockchain thus produces a truthful account and record regarding farming, inventories, and any agreement. Many farmers would otherwise find such information expensive to collect, distribute and store.

Every transaction within the peer-to-peer network is transparent and does not need the services of intermediaries such as banking institutions or middlemen common in the agricultural sector. Because the participants are anonymous, blockchain restores trust due to the transparency involved in its application and the reliability of tracing every transaction.

With the use of smart contracts in blockchain technology, any emerging issues should be reported within the network in real-time. In this sense, blockchain technology provides a record of all steps within an agricultural product's value chain from production to its end. Another important aspect of blockchain technology is that data stored can be accessed in smartphones, making it a viable means for small-scale farmers to track deals made with the consumers at the end.

Smart greenhouses are also a way by which farmers can enhance monitoring and hence the operations involved in the production process. In this instance, internet of things (IoT) sensors are used locally as blockchain with an enhanced central management system by the owner-farmer. This approach optimizes the application of farming resources including water, labor, and fertilizers.

The application of IoT with blockchain can have a disruptive impact on agricultural production. Moreover, by storing in one place all the important information regarding their agricultural produce, farmers have access to data needed by consumers and processors for use in informed decision-making. These processes allow for quick response and seamless recalling of foods should they be found unsafe for consumption. With the aid of financial auditors, fairness should be ensured in crop prices, giving the farmers the true worth of their produce. Smart contracts also result in the availability of automated information in relation to the sales made annually or monthly.

According to pixelplex.io, blockchain in agriculture has a role in tracking the quality and safety of food, enhancing monitoring mechanisms to predict trends in agricultural production, and forecasting the weather. IoT sensors can be used to generate and store data for farming initiatives. In this respect, blockchain can enhance the traceability of the agricultural supply chain and hence minimize losses and ensure accountability. Blockchain technology allows for traceability of needed information within the food sector’s supply chain and thereby assists in improving food safety. It is therefore a secured way in which data should be stored and managed, facilitating the design and use of data-driven innovations needed for propulsion of smart farming and enhancing applied smart index-centred agricultural insurance.

Food Safety and Trade: The Role of Traceability Systems