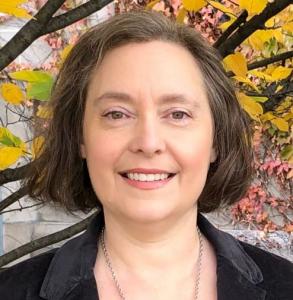 This story was written by Christina Frank, a freelance writer working with the Feed the Future Innovation Lab for Food Safety.

To boost the nutritional well-being of its population, Cambodia’s government has made a big push to increase the production and consumption of fresh produce throughout the country. For vegetables which are consumed uncooked, such as lettuce, preventing contamination from bacteria that cause foodborne illnesses is a food safety challenge. New research from a team of Cambodia- and U.S.-based scientists shows that distribution centers have a role to play in reducing foodborne illness.

Researchers funded by the Feed the Future Innovation Lab for Food Safety have been analyzing the fresh vegetable distribution chain in Cambodia — from farmers to distribution centers to fresh market sellers — to understand where contamination occurs and identify intervention strategies to strengthen food safety practices.

The team published a survey on vegetable contamination in a major Cambodian fresh vegetable distribution center in the March-April 2022 issue of Food Protection Trends. The researchers from Kansas State University, the University of Georgia and the Royal University of Agriculture in Cambodia measured the presence of indicator microorganisms in tomatoes, lettuce and cucumbers over a six-month period.

While the indicator organisms measured — coliforms and nonpathogenic E. coli — are themselves not likely to cause foodborne illnesses, they are significant because they can be indicative of fecal contamination and potential gaps in hygiene, sanitation and handling practices.

“When we see indicator organisms, it gives us a sign that there is a potential for the presence of a pathogen,” said co-author Carla Schwan, an assistant professor and extension food safety specialist at the University of Georgia.

Indicator organisms were present in 95% of lettuce samples, 84% of cucumber samples and 62% of tomato samples, with the highest levels present in lettuce. Overall, the prevalence of E. coli was lower, but lettuce still carried the highest levels. Their presence suggests that practices at distribution centers will be key for limiting contamination by bacteria that may cause foodborne disease.

“What I find most interesting and significant is that fresh vegetables sold in the distribution center have microbiological contamination, especially generic E. coli, which is considered an indicator for pathogenic E. coli,” said Malyheng Chhoeun, project officer at the Center of Excellence on Sustainable Agricultural Intensification and Nutrition, Royal University of Agriculture. “These are microbial agents of global concern that potentially harm health, causing diarrheal disease as well as affecting the nutrition of consumers who eat the contaminated vegetables.”

This study was a follow-up to a previous project that evaluated the presence of Salmonella on tomatoes, lettuce, cucumbers and food preparation and display surfaces in fresh air markets.

“That study really showed us that there was probably some contamination happening before vegetables reached consumers and that we really didn’t have a great understanding for exactly where it was coming from,” said Jessie Vipham, assistant professor in Food Safety and Food Security at Kansas State University.

Schwan noted that the vegetable production chain can be a challenging environment for maintaining food safety, with opportunities to make an impact on the infrastructure and practices available to growers, distributors and vendors. Current and future projects will continue to identify potential contamination points. The project’s ultimate goal is to determine where contamination is occurring most often and then develop targeted practices to reduce contamination at these specific points.

“I think that everyone wants the food they sell or eat to be safe, but there are no formal policies in place, from those in authority or at the community and market level,” said Chhoeun. “Our project is working to collect the data to establish educational programs and appropriate hygiene and sanitation practices and standards in order to reduce the contamination on raw vegetables and secure safer food in the country.”

Investing in Cambodia’s Food Safety Capacity During the Coronavirus Pandemic