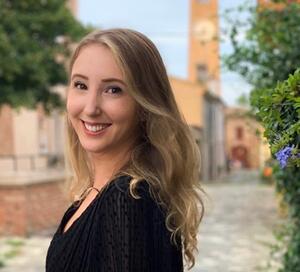 As the global food supply chain pivots to make up for lost or reduced exports of key commodities as a result of Russia’s war on Ukraine, questions about Ukraine’s domestic food, fuel and fertilizer supplies remain a major priority for domestic decision-makers.

In its latest targeted analysis of the ongoing war in Ukraine, the Famine Early Warning Systems Network (FEWS NET) reported on projected food security outcomes for Ukrainians impacted by the conflict.

According to the analysis, supply chain disruptions and sieges by Russian forces will likely continue to reduce food availability in some areas and drive localized, severe shortages for at least the near term. FEWS NET projects an estimated 2.5-4.99 million people (around 5-10% of the national population) will likely need humanitarian assistance to prevent food consumption gaps and protect livelihoods during this period.

Despite these projections, Ukraine’s status as a surplus food producing country — producing around five times its domestic consumption requirements — makes it less vulnerable to global supply and price shocks. Given current levels of food stocks in the country and additional production expected this summer, the national food supply will likely be sufficient to support the population.

“Rural areas of Ukraine recently experienced a bumper harvest in the 2020/2021 production season,” a FEWS NET analyst explained. “What that means is, the harvest was more productive than anticipated, so many households in rural areas likely have above-average food stocks that will help them cope with disruptions occurring as a result of the war.”

The major domestic issues at hand, Ukrainian minister of agriculture, Mykola Solsky, told Economica Pravda, are related to disruptions to livelihoods that are occurring as ships with exports intended for the global market remain blocked in Ukrainian ports.

“There are always problems, even in peacetime, but we have stocks of basic products for several years,” Solsky said. “The issue that takes 80% of the time is the decision of how to export grain from Ukraine now… There are 20 million tons of last year’s harvest that had to be taken out this spring. This is, firstly, money for farmers, and the money of farmers [represents] a new sowing [of crops], rent and everything else.”

This disruption to exports is already impacting vulnerable countries that are heavily reliant on staple food items from Ukraine, including wheat, maize and sunflower seed oil. On the domestic front, significant reductions in export capacity and additional export restrictions will likely drive more Ukrainian production to domestic markets, rather than export markets. While this will likely lead to increases in available food for farmers’ own consumption, overall, reductions in income earning from loss of export markets is likely to outweigh any potential benefits.

“The true effects of declining business activities and export revenue in Ukraine remain to be seen, but early estimates suggest Ukraine’s GDP [gross domestic product] could contract by 7 to 60% this year,” a FEWS NET analyst explained. “FEWS NET anticipates significant impacts on local economies in eastern Ukraine, but also on the national economy.”

According to FEWS NET’s latest analysis, agricultural livelihoods will be among those most negatively impacted by the war due to damage to crops, livestock, equipment, conflict-related movement restrictions, reduced supply of labor and reduced availability of inputs — especially fuel and seeds, but also fertilizer and livestock feed in some cases — as a result of supply chain disruptions. Even when inputs are available, some poor farmers may not be able to afford sufficient inputs given rising costs. In light of these challenges, the government has expanded agricultural loan programs, and it is likely that most eligible farmers will procure the needed financial support.

FEWS NET will continue to produce updated analyses on the Ukraine crisis and related impacts to food security and livelihoods as more data become available.