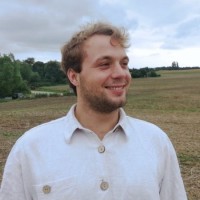 This post is written by Timothy Foster (University of Manchester) and Anton Urfels (CIMMYT/Wageningen University & Research).

Groundwater irrigation plays a critical role in supporting food security, rural livelihoods and economic development in South Asia. However, in Eastern Indo-Gangetic Plains (EIGP) region (including Nepal, Bangladesh and Eastern India) many farmers lack access to affordable groundwater supply. Inability to fully exploit available groundwater resources contributes to the vulnerability of smallholder farmers to monsoon variability and dry spells, leading to crop failures and chronic low agricultural productivity in the region. To tackle this challenge, the International Maize and Wheat Improvement Center (CIMMYT) and the University of Manchester are working together to address the root causes of inefficiencies within existing groundwater irrigation systems and develop systematic solutions to support irrigation intensification and climate change adaptation.

Costs of diesel pumps and practices of irrigation management

In Nepal’s Terai region, the main barrier for irrigation expansion is the dependence of farmers on expensive, unsubsidized diesel or petrol power for irrigation pumping. Government and donors are promoting electrification and solar pumps, but financial and technical barriers mean these technologies may not reach scale for many years to come. Addressing sub-optimal performance of existing diesel-pump irrigation systems offers an alternative pathway for delivering quick improvements in the affordability of groundwater irrigation in the region, while enhancing farmers' capacity to invest in new and emerging technologies in the future.

Through a combination of household surveys, interviews and pump tests, our work has shown that there is huge disparity (ranging from $5 to $200 per hectare per irrigation) in how much farmers must pay to access groundwater for irrigation. The highest costs are borne by the poorest and most marginalized households, which typically lack capital to purchase their own pumpsets and therefore depend on expensive rental markets. Many farmers also continue to operate large Indian-made pumps, despite the fact that these pumpsets are both more expensive to purchase and less efficient to operate than pumpsets imported from Chinese manufacturers. Inefficient pumpset selection combined with limited knowledge about best irrigation practices mean many farmers are paying unnecessary excess costs for groundwater access.

Our research has shown that these excess costs have meaningful impacts on both agricultural productivity and profitability in the EIGP. Farmers who pay more to access groundwater – in particular those dependent on renting pumpsets – irrigate less frequently during both the monsoon and dry seasons. Lower irrigation frequencies translate into larger yield gaps and revenues from agricultural production, trapping households in a long-term cycle of poverty and exacerbating vulnerability to climate variability and change.

While advancing renewable-based irrigation technologies remains a long-term policy priority in the EIGP, we argue that failure to address inefficiencies in existing diesel-pump systems represents a missed opportunity to deliver near-term improvements in food security and livelihoods. Our findings suggest that enhanced financial support (improved rental and credit terms and conditions) to those who are currently disproportionality dependent on rental markets for accessing groundwater can enable intensification of irrigation water use and deliver meaningful improvements in the productivity of regionally-important cereal production systems. Further opportunities also exist to support farmers in selecting and adopting more fuel-efficient pump technologies and irrigation management practices, helping farmers to maximize benefits obtained from existing irrigation technologies that are already well established across the region. Cereal Systems Initiative for South Asia (CSISA) is helping to support uptake and dissemination of these findings on the ground, working with local partners in government, donor agencies and the private sector at all stages of the pumpset supply chain to provide targeted advisories and policy recommendations to facilitate behavioral change at the landscape level.

New Publication: A Study of Water Markets in Bangladesh