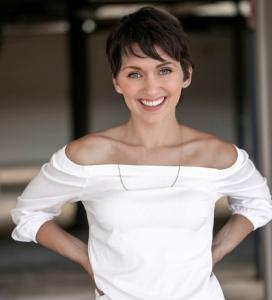 Agriculture is one of the pillars of human civilization, but its industrialization has allowed pests to spread like never before. Pests destroy our crops in many ways:

These actions compromise wood (our most essential building material), contaminate stored crops and accelerate plant decay. As a result, about 40% of food crops fall to pests and pest-caused diseases every year.

This waste contributes to food shortages and harms poor rural communities the most. Of course, they also cause direct harm to humans through bites, stings, diseases and general annoyance.

How can we reduce the health risks that pests cause throughout agriculture, and how do we account for climate change’s increasing impact? Let’s explore what humanity has done to combat these issues.

Successes and Failures of Pesticides

Pesticides are the primary combatant against insects that target our crops. The greatest victory that pesticides have contributed to is increased food production in developed nations. Corn, wheat and other essential harvests dramatically improved in the late 20th century and into the current age. A greater quantity of healthier crops leads to a healthier population. Plus, additional revenue from agriculture can help improve medical care and education.

Pesticides don’t just defend our crops; they seek out threats and eliminate them. Removing weeds would cause a significant increase in yields of dryland crops, which primarily impacts the African continent. Pesticides also stop vector-borne diseases, such as malaria and typhus, in their tracks by killing the insects that carry them. This function benefits at-risk communities in developing countries the most.

However, the chemicals used to kill weeds and insects also harm human bodies. Pesticides affect the air we breathe, the water we drink, and the non-plant foods we eat. An estimated 1 million people develop chronic diseases from pesticide poisoning every year. Farmers and other agriculture workers are naturally the most at-risk, which can cripple the workforce of agrarian countries.

Pesticides are simple and distributable defenses against harmful insects, but the aftershock of effects on human health may force us to seek alternative solutions in the near future. We also have to address the expanding elephant in the room: climate change.

Climate change impacts temperature and precipitation, which happen to be the two leading determinants of where pests spread their diseases. Insects like to settle down in warm and humid environments, so climate change can work to their advantage. However, too much moisture can restrict growth by washing away insect eggs and larvae from the host plants.

This dilemma has forced insects to move to moderate regions with more stable heat and rainfall levels. They’re migrating from equatorial regions toward the north and south poles. That means vector-borne diseases will come into contact with healthy crops and populations, giving rise to new issues, such as wheat rust.

The best thing we can do to fight the spread of pests and diseases is to improve our monitoring systems. Global surveillance must reach new levels of proactiveness, and countries must collaborate more closely with each other.

We have begun to develop early warning technologies that allow us to detect diseases in plants within days of contamination, allowing farmers, researchers and officials to make informed decisions in a timely manner.

For example, the mobile lab MARPLE Diagnostics detects pathogens and finalizes the results within 48 hours, giving specialists more time and information to work with.

Scientists have also attempted to breed disease-resistant plants in the hopes of creating immunized alternatives to our current vulnerable crops. This solution is a work in progress, but it shows great promise.

We should also remember natural and biological solutions to pest control, such as recruiting the help of beneficial insects. Ladybugs, spiders and dragonflies prey on caterpillars and other common, disease-ridden bugs. Tools such as light traps and pheromone traps can catch pests before they cause significant damage.

The International Plant Protection Convention (IPPC) has also announced new eco-friendly standards for pest fumigation. Fumigants must now adhere to temperature, duration and quantity requirements to reduce their emissions and protect the environment.

If we want to control the spread of pests and diseases through agriculture, we must also reduce artificial climate change. Climate change promotes insect growth and migration through rising temperatures and rainfall, enabling foreign diseases to reach fresh populations.

We must increase our surveillance efforts and look to more natural and eco-friendly solutions to reduce health risks from pests in agriculture.