Prioritizing Psychological Safety as a Driver of Food Security and Resilience 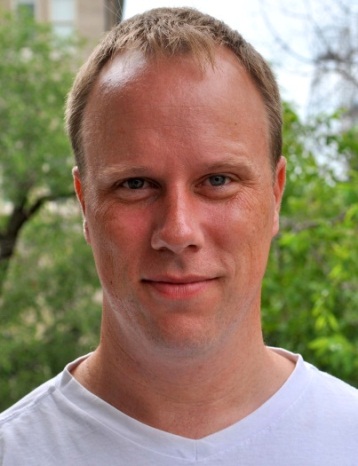 This article was written by Jason Taylor and Justin Mupeyiwa, USAID/Zimbabwe.

Many USAID food security and resilience activities work with and through beneficiary groups. USAID support for these groups is mainly focused on context support and technical skills transfer. However preliminary qualitative and quantitative field findings from Zimbabwe suggest that psychological safety within a group is a critical driver of group success and, through that, resilience. Psychological safety is a shared belief that the team is safe for interpersonal risk taking.(1) The concept is most often applied in reference to management and team dynamics but research by USAID/Zimbabwe shows that the concept is equally relevant for development practitioners engaging beneficiaries through group platforms. USAID activity design, monitoring and evaluation typically do not significantly address psychological safety. This reveals a gap in USAID food security and resilience programming approaches which, if filled, could greatly increase activity success.

Community groups are an important vehicle through which to bring about positive change in development outcomes. They identify and prioritize needs, do the work, and ultimately own the results. Structural elements to interventions — such as group management committees or by-laws — are important tools, however, practitioners rarely look deeper into the dynamics of these committees, especially those that, on paper, have all the required components. As a result, we are often at a loss in predicting which groups will succeed and which will not. Group platforms are often key intervention points for USAID resilience activities, particularly through the Office of Food for Peace (FFP). They allow activities to achieve a greater scale and build upon existing communal relations in a way that allows for the pooling of skills, relationships, and resources. Despite their importance, USAID and resilience partners do not always examine the psychosocial function of these groups very closely.

What separates a well-functioning group that is successful and sustainable from one that fails? Over the course of several years of learning summits, the Zimbabwe Mission interviewed dozens of rural community group members to find out. Some members were current participants in FFP activities, others were past participants, some had no past affiliation with USAID, and in some cases, they had no past affiliation with any donor whatsoever. Through field visits, plenary discussions, thematic panels, small group work, individual testimonials, and statistical analysis, two interesting themes emerged.

The journal Science has featured interesting work on collective group intelligence – the ability of a group to perform a wide variety of tasks. Surprisingly, factors like group cohesion, motivation, and satisfaction were not reliable predictors of collective intelligence.(2) Instead, aspects like average social sensitivity, the absence of domineering personalities, and a larger proportion of females in the group (females typically score better on social sensitivity measures than men), were far more reliable.(3) Underpinning this is the importance of psychological safety -- a shared belief held by members of a team that the team is safe for interpersonal risk taking -- in group function. There is empirical evidence that the psychological safety of a team affects learning behavior, which in turn affects team performance.(4)

Google undertook a multi-year study of project team performance and reached similar conclusions. The main driver of the collective success of high-performing teams was not the individual qualifications of group members. Rather it was a group’s level of psychological safety which, more than anything else, was critical to making a team work.(5)

Our FFP beneficiary colleagues in Zimbabwe strongly echoed these findings. They placed a greater premium not on skills and resources, but on adherence to group norms and unspoken customs. The problem of domineering members came up repeatedly. The ability of all members to speak and be heard (also called conversational turn-taking) was critical. Having wealthier community members or local elected officials in a group is potentially important — especially if such people could leverage their networks for collective gain — so long as these individuals check their prestige at the door and behave as equals.

The sense of psychological safety was central to the success of groups created for both income-generating purposes and to promote improve health and nutrition behavior change.

A strong group constitution was always one of the first things mentioned by group members interviewed by USAID/Zimbabwe when asked which factors contributed most to their success. A set of by-laws, ideally created by the group collectively and certified by local governments, confers legitimacy on the community group. It assists in self-policing by depersonalizing conflict resolution and punishment. It ensures equitable treatment by all. Groups that were unsatisfied with their by-laws often complained that the by-laws did not evolve as the group matured or changed. In order to foster sustainability and community ownership of development activities, the decision-making process should have local buy-in and trust. Groups reported that member buy-in was borne of a shared vision of what the group was created to achieve. Such a shared vision is, by definition, a product of group discussion and consensus, which requires a sufficient degree of trust and psychological safety.

Group governance and psychological safety are therefore related mutually-reinforcing concepts. A group that is well-governed has relevant and responsive systems in place that can reduce and depersonalize conflict. This reduces the transaction costs of collective decision-making and supports norms of interaction that preserve psychological safety and enhance trust.

Taken together, we have qualitative and quantitative data that underscore the importance of psychological safety as a driver of group performance and, through that, resilience capacity. These findings are in line with decades of research from the field of organizational psychology that have found the same. While much of that research centers on the business sector in developed country contexts, the consistency of the findings is striking and reveals that psychological safety in group performance is likely a common driver of success across cultures.

These findings affirm the premise that the function of the human systems that food security and resilience activities support is a core component of overall success and sustainability. The findings also reveal a gap in how we design, implement, and measure the outcomes of USAID food security and resilience-building activities. While many such activities work through group platforms, the primary focus is the technical support provided, rather than the dynamics of the group itself. USAID measurement of group dynamics in these activities can be binary or superficial. For example, group governance is often measured by the binary indicator of whether or not a group has a constitution. There is no assessment of the relevance, quality, efficacy or function of the document.

USAID food security and resilience activities often do not systematically assess social dynamics that, according to our analysis, are fundamental to success. By including some measurement of group function in these activities we can enhance our understanding of psychological safety as a driver of group dynamics. There is an entire vocabulary for understanding and assessing USAID work in this area that can be better utilized by our monitoring and evaluation systems to improve programming outcomes.

Similarly, USAID’s food security and resilience partner skill-sets can be biased toward context support, rather than psychological needs which may be viewed as outside the realm of integrated livelihoods activities for the ultra-poor.  At best, psychological support capacities among partners might be an auxiliary skill-set when, in reality, they may need to be the prime.

Psychological safety is a function of trust and space: trust within a group and the space for discourse. Generally speaking, food security and resilience programming on the community level tends to assume that a sufficient level of trust already exists at the point of intervention; our research suggests that trust levels are variable and that trust deficits limit success. Similarly, food security and resilience programming tends to assume that the existence of a group constitution will mandate space for discourse; our research suggests that the content of that constitution must also be assessed. USAID/Zimbabwe’s experience with resilience building suggests that the fundamental assumptions we make about the social bonds and potential of beneficiary groups may be flawed. This is an oversight that can limit the success of our activities.

This issue is especially important because USAID food security and resilience activities are often implemented in fragile contexts where one’s sense of psychological safety is likely to be weak to begin with. A lack of focus in this area is not merely a blindspot but lost opportunity. By exploring these aspects of our work more rigorously, we may find new ways to enhance sustainability and strengthen the communities we serve in a manner that extends far beyond the assets we create and the technical assistance we provide.

Working with Savings Groups During COVID-19