One Potato, Two Potatoes… Three Million Potatoes and More! How Can We Further Scale Orange-Fleshed Sweet Potatoes in Africa? 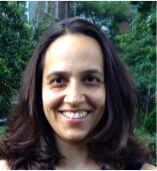 As we get ready for this year’s World Food Prize, let’s remember the 2016 prize awarded to American and African researchers from the International Potato Center (CIP) and Harvest Plus. These talented researchers developed and introduced orange-fleshed sweet potato varieties to address vitamin-A deficiency in Africa. Vitamin-A deficiency, particularly among expecting mothers and children under five years of age, can lead to compromised immune systems and blindness and is associated with stunted growth. Just half a cup of boiled or mashed orange sweet potatoes meet the daily intake needs for a child who is under five years of age!

These biofortified orange varieties are sweeter, just as easy to grow as traditional white varieties, and are more nutritious. In fact, we’ve gone from thousands of farmers growing and eating orange-fleshed sweet potato varieties to over three million households according to CIP estimates. Now the question remains around sustainability and further reach: how can we sustain and scale this "miracle food" that builds on the excellent breeding and introduction to the agro-food system work initiated by the World Food Prize winners over a decade ago? How can we maximize economic and nutritional opportunities and thus create even stronger demand and supply chains involving tens of millions of producers and consumers?

A promising way to ensure that the orange-fleshed sweet potato varieties known in the international development circles as “OFSP” are sustained is through market-based support to food processing. Nutritional advantages of the orange varieties can be extended to value-added processed products such as bread, juice and baby food that incorporate processed OFSP. USAID along with CIP and private sector food companies are working to support new products for sale in growing African urban markets. If private sector processors demand these vitamin-A rich orange sweet potato varieties for value addition, more will be produced and become available in rural areas on a sustained basis and therefore consumed in both rural and urban areas as fresh potatoes and as additives in processed foods.

Of course, there are challenges to facilitating market development of these value-added products and commercial distribution in Africa, including:

Despite the challenges, USAID and CIP are working with farmers and companies across East and Southern Africa. I am happy to report that progress is being made to increase both the supply and demand of orange sweet potato products:

In all four countries, this commercial work is supported by Feed the Future to enable farmers and processors to develop new food value chains to improve nutrition and increase household incomes. What’s next and how can we facilitate private sector growth and innovation adoption among orange sweet potato processors in Africa? We need to understand diversified market demand and introduce improved technologies to support the market-driven development in the processing sector in Africa, all while being cognizant of investment and financing needs.

In the next installment of this series, we will feature the specifics of the Universal Industries Limited case in Malawi to get into some of the details about opportunities to scale OFSP through commercial processing.