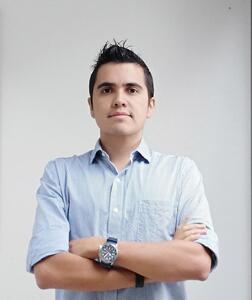 Cultivated forages seem to be the ugly duckling of agricultural crops. Few statistics are available for this crop, and FAOSTAT, the major source of agricultural information of the Food and Agriculture Organization of the United Nations (FAO), doesn’t publish figures for it at all. Difficulties in collecting quality data, as well as the complex process to standardize figures amongst agricultural institutions, makes the proper recognition of the vital role and relevance of cultivated forages misunderstood. Changing the narrative is important, as we are talking about an economic activity that has a significant impact on more than one-eighth of the global population and a cultural and productive practice upon which many rural communities depend.

A recent study by experts from the U.S. Department of Agriculture (USDA) and Alliance Biodiversity-CIAT has helped fill this gap. The study estimated that cultivated forage crops in tropical countries had an average annual economic value of $63 billion between 2012 and 2018. This is equal to the combined gross values of cassava and sweet potato, which gives us an idea of the significance of forage crops for the global livestock industry. And if we’re talking in terms of agricultural land use, forage crops are grown on around 159 million hectares in developing countries, just slightly less than the 167 million hectares globally planted with rice.

But how did we come up with these figures? It was certainly not easy. While it is easy to find vast amounts of information on any crops but forages in FAOStat, comprehensive estimates of forage crop yield and their economic value at the national level are still quite scarce in developing countries. On top of it all, in most of sub-Saharan Africa there don’t even exist statistics on the cultivation of forages.

By acknowledging the importance of having more insights on the real extent and economic value of cultivated forages, with a focus on developing countries, experts of USDA and CGIAR worked on a comprehensive database of sources and calculations, harmonizing the "definition" of cultivated forage crops (as many of the forages are perennial, some databases may not consider them as a crop, based on the time of reseeding, for instance) and “backing out” estimates from surveys of dairy production. The result is the most accurate — to date — chart of the impact cultivated forages had and can have on livestock-dependent economies and rural livelihoods.

The main findings — some of them highlighted above — include that cultivated forages have a share of 6.6 percent of the total agricultural area in the assessed countries, and almost half of all agricultural land in Brazil. For Africa, the estimates are that 3.3 million hectares of cultivated forages produce yield with a value of $1.2 billion per year. In countries such as Ethiopia and Tanzania, this represents approximately $188 million and $157 million derived from cultivating forages, respectively.

Use of CGIAR forages widespread

Even better, the forage breeding programs of the CGIAR research centers have achieved significant economic impacts: more than 12 million hectares are reported to have adopted cultivated CGIAR forages, which produce net economic benefits of more than $5.8 billion per year, compared with productivity gains obtained through traditional cultivars. In Latin America alone, this represents more than 10 percent of the annual economic output from forage crops. This achievement is significant, considering the relatively modest investment on research and development, compared to other crops.

Finally, we should not forget to mention the positive impacts for the environment that improved forage crops and other technologies developed to sustainably intensify livestock production derive. For example, forages can be cultivated on poor soils where other crops may not thrive, forage legumes can fix nitrogen from the soil and naturally fertilize it and the greenhouse gas emissions per unit product can be reduced significantly. In addition to this, managing mulch and livestock manure can provide nutrients for subsequent crops. Hence, the improvement of productivity by implementing technologies comes with additional environmental benefits and impacts. It can help reducing the sector’s vulnerability to external shocks, such as climate change, while significantly contributing to its mitigation and increasing the livelihoods of livestock producers and other actors from the associated value chains.

While there is still much information to gather, studies such as the one described here undoubtedly help us to make not only informed judgments of this ugly duckling, but more importantly, support the enactment of policies to encourage the adoption of technologies, and the fostering of private initiatives to sustainably develop livestock production while protecting natural resources.

Thanks to Keith Fuglie (USDA), Michael Peters, Stefan Burkart, and Andrea Ramírez (Alliance Bioversity-CIAT) for their inputs on this blog.

What's in the Soil, Stays in the Soil: Conserving Carbon in Soil to Transform Food Systems

Demand-Driven Breeding through a Gender Lens: Experiences from Zimbabwe

Adoption of Cultivated Forages and Potential Impact: the Case of Ethiopia