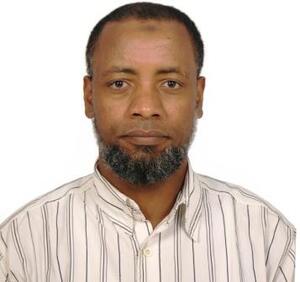 Nearly 80% of Nepalese farmers do not have access to improved quality seeds for the country’s major cereals, like rice, maize and wheat. In Nepal, the development of high-yielding varieties is the role of Nepal’s public sector research institutions, where outputs are often constrained by lack of resources and skilled workforce. In February 2022, the government opened up this space for capable private seed companies to be involved in seed variety development, evaluation and distribution to farmers. This landmark policy decision by the cabinet will:

In Nepal, it is a common phenomenon to see varieties more than four decades old — since released or registered — being produced and marketed. The seed replacement rate for the major cereals is only around 20%. The use of old varieties, coupled with absence of good quality seeds, contributes to low farm yields. To increase farmers’ access to a diversified variety, a well-designed product life cycle management process and enhanced SRR is necessary. Until recently, Nepalese private seed companies were primarily involved in seed production and marketing of self-pollinated crops, which normally fetches low returns. However, this scenario changes as the government is supporting private sector engagement across the seed value chain.

Subash Raj Upadhyaya’s journey with hybrid seed started back in 2018 when his company planted a hectare of hybrid maize for the first time after receiving training and technical support from USAID’s Feed the Future Nepal Seed and Fertilizer (NSAF) activity. Upadhyaya is the chairperson of Lumbini Seed Company (LSC), a private seed partner working with the activity, implemented by CIMMYT. Currently, the company is producing hybrid maize on 30 hectares and targets to make it to 50 hectares by 2023. His larger goal is to produce and sell 200 metric tons of hybrid maize seed by 2025, which will be enough to produce about 79,000 metric tons of grain to benefit over 100,000 households. “I am grateful to USAID’s NSAF activity for supporting LSC on research and development (R&D), seed production and marketing efforts which enabled us to be among the first private seed companies qualified for the cabinet’s approval for R&D license,” says Upadhyaya. The recent policy change serves as an opportunity for private actors like Upadhyaya to expand their seed business and catch up with the industry’s best practices implemented in other countries. “Initially, I started hybrid seed production with a public variety where I received the foundation seed from the National Maize Research Program (NMRP) of the Nepal Agricultural Research Council (NARC) and currently our company has three additional hybrids allocated to us by CIMMYT, which I want to register under the company’s brand name,” added Upadhyaya, while acknowledging NARC, CIMMYT and the Seed Quality Control Center (SQCC) — the regulatory body responsible for variety release or registration and other seed-related regulations in Nepal — for their support. Gorkha Seed Company and Sean Seed Service Center, partners of the NSAF activity, are also eligible for the cabinet’s approval.

The new policy intervention allows the three recipients of the R&D license to grab business opportunities in hybrid seeds. Currently, the hybrid maize seed market covers only 10-15% of Nepal’s maize area, which needs to be sown entirely via imported seeds. The potential maize seed requirement for Nepal is around 20,000 metric tons. If the SRR for maize is to be 100%, it would create an estimated $80 million market. Despite the potential hybrid seed market size, achieving such high SRR levels will not be realized easily, as it requires capacity building of stakeholders, strengthening the agricultural inputs market and extension systems, and improving the enabling environment to attract more investment in the agriculture sector in general and the seed sector in particular.

Since 2017, USAID’s NSAF activity has been extending support to private seed value chain actors on variety evaluation, quality seed production and marketing. Several market-ready products of maize, lentils and vegetables were introduced and shared to the partners for evaluation and selection of well-adapted varieties. The constant engagement has empowered the seed companies to develop an equipped R&D site, recruit trained human resources and conduct variety trials and demonstrations. The activity also supports the Seed Entrepreneurs Association of Nepal (SEAN), a nonprofit civil society body, to promote the private sector’s involvement in the seed industry and foster enabling policies essential to unlock Nepal’s potential in local hybrid seed production and marketing. Cognizant of the positive strides, in February 2021, a policy dialogue was held to discuss fast-track variety registration and recognition of the private sector’s involvement in research. Representatives from SEAN, the Ministry of Agriculture and Livestock Development (MoALD), the National Seed Board (NSB), SQCC, NARC and the USAID/Nepal Mission participated in the dialogue.

Following the policy dialogue, a technical task force was formulated consisting of members from NARC, National Horticulture Research Centre (NHRC), NSB, SQCC, Department of Agriculture, SEAN and NSAF to develop protocols for testing imported vegetable seeds and varietal development and maintenance for the private sector. In March 2021, the task force prepared the paperwork, which the NSB approved. In April 2021, NSAF facilitated a high-level joint field monitoring visit led by the secretary of MoALD and accompanied by stakeholders from the Ministry of Finance, the National Planning Commission, NMRP, Prime Minister Agriculture Modernization Program (PMAMP), provincial agricultural secretaries and directors, to showcase the progress of the private sector. These interventions played a critical role in paving the way for the NSB to approve the R&D license applications for the three NSAF partners in July 2021. The case was further tabled to the cabinet by MoALD and, within a year, the Council of Ministers approved a decision to grant R&D licenses to three private seed companies for the first time in Nepal. In line are two more seed company partners — Unique Seed Company Pvt. Ltd. and Global Agri. Tech (GATE) Nepal — to acquire the R&D license and dozens of submitted applications, which are being reviewed by SQCC.

Nepal’s seed business ecosystem still needs further interventions; however, favorable policy decisions motivate private sectors like LSC to realize its target by 2025 and usher in a new era of hybrid seed business in Nepal. The decision not only reinforces the government’s effort to enhance the SRR and replace old varieties but also helps to achieve Nepal’s Seed Vision (2013-2025), thereby encouraging the private sector to develop and promote hybrid seeds as import substitutions and build self-reliance. It will not be too long before seeing new varieties from local companies enlisted on the national varietal catalogue and delivered to farmers’ fields to improve yields, livelihoods and economic growth in Nepal.

USAID Supports Nepal’s Seed Systems to Go Digital: Connecting Farmers and Seed Suppliers during and beyond the COVID-19 Crisis

Strengthening Policy and Research for Food System Transformation in Nepal