A New Approach to Building a Food Secure Future: Summary of Findings from the IPCC Report on Land 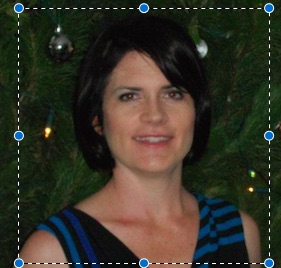 The Intergovernmental Panel on Climate Change (IPCC) recently released its new Report on Climate Change and Land and Summary for Policy Makers. Prepared by over 100 scientists from over 52 countries, this is the first-ever comprehensive scientific assessment of the links between land and climate change and is a critical contribution to efforts to curb greenhouse gas emissions, tackle the impacts of global warming and protect food security.

The report has generated significant media attention with particular mentions of the potential for a food crisis as climate change continues to put dire pressures on the world’s land and water resources thus jeopardizing the “ability of humanity to feed itself”. It underlines that agriculture, forestry and other types of land use account for 23 percent of greenhouse gas emissions caused directly or indirectly by human activities. This is taking into account that food production and distribution is a major contributor to these greenhouse gas emissions, reflecting as much as a third or more of overall emissions.  Food loss and waste alone accounts for as much as 10 percent of total greenhouse gas (GHG) emissions.

Climate change has “already affected food security”, with staple crop yields such as maize wheat sorghum having already decreased in Africa and pests and disease frequency having changed across regions. The stability of food supply is projected to decline further as the magnitude and frequency of extreme weather events increases.  Disruptions are already experienced on regional scales and the risk is projected to grow in the next 15-20 years. There has also been an increased impact on food availability through phenomena such as El Niño.

The climate and ecosystems are becoming increasingly disrupted.  Climate and weather-related hazards, ecosystem damage, and loss of ecosystem services are occurring due to climate change and are expected to grow.  Desertification is growing and an increasing population faces water stress, especially in Asia and Africa. By mid-century, without climate mitigation, some regions in the tropics may face climate conditions outside of the 20thcentury experience.

The accumulated science on the impacts from climate change on land and food security, has important implications to several lines of current USAID work, particularly Food Security, the importance of resilience to anticipated shocks, sustainable land management, the necessity of integrating climate mitigation and adaptation approaches, the important role of land tenure, and the need to address implications of urban growth for sustainable land use and food security.

USAID is taking steps to help countries prepare for the growing risks of extreme weather events and cope with the impacts of growing changing environmental conditions.  Through programs including Climate Risk Management, Servir and Clean Energy, and providing Climate Services USAID is tackling challenges across the entire food system.

Further global action is needed now to address climate change and reduce future harms. Delaying action may result in irreversible impacts on some ecosystems and could lead to substantial additional GHG emissions. Acting to limit climate change will intensify competition for land use, creating trade-offs among bio-energy production, food production, ecosystem conservation and restoration, and carbon sequestration in forests. Limiting warming to 1.5 or even 2 degrees could mean major shifts of cropland for food and fiber production to bio-energy production or forests. We may face very high risks approaching catastrophic levels later in the century if we don’t limit warming.

Why Update Emission Factors for Irrigated Rice in Vietnam?