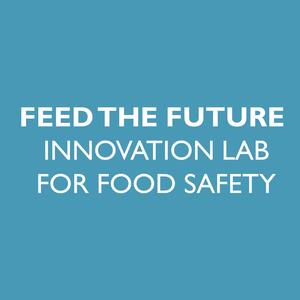 This post was written by Meeri Kim, freelance writer with the Feed the Future Innovation Lab for Food Safety.

While he now calls the state of Texas home, Madan Dey has roots in rural Bangladesh, where he grew up on the family farm. It was a small-scale operation that mainly produced rice, along with some fish and dairy. As a young boy, he witnessed firsthand his father, uncle and other relatives navigate the many challenges of running an agricultural business.

Today, as an agricultural economist, he performs experiments and analyses to better understand consumer behavior, which at first glance seems far removed from farming life. Yet, the heart of Dey’s work — to improve the livelihood of farmers around the world — can be traced back to his upbringing.

“I don’t like to do research for the sake of research. I like to do research that will help the stakeholder,” says Dey, professor of agricultural business and economics and chair of the Department of Agricultural Sciences at Texas State University. “I know the real pain of farming, so I try to help farmers.”

In layman’s terms, Dey peers into the minds of consumers to find out which attributes they value when it comes to the food they purchase. For example, are consumers in a given country willing to pay more for fish with lower levels of antibiotic residues, heavy metals or harmful microbes? If so, how much more? This information may then be passed down to farmers, who can decide whether to integrate agricultural practices that will produce a higher quality, safer product.

Although his current research spans regions in both Bangladesh and the United States, Dey notes that market research is most vital for developing countries where adoption of agricultural technology is a daunting — and often costly — new prospect.

“Over the last 10 to 15 years, the overall economic condition of consumers in Bangladesh has been improving. The country is in a situation where overall food shortage is not an issue,” he says. “When I grew up there, availability of food was the primary concern. Once we fulfill the basic need, consumers are now willing to pay for better products.”

Consumers have become more health-conscious, and issues of food safety and quality are now much greater concerns than in the past. Also, now that the domestic demand is met, developing countries like Bangladesh are considering the export of goods to the United States and Europe. Exported fish, for instance, needs to meet certain health and safety standards that would require farmers and processors to bear additional expenses.

“In order to produce a better quality, safer product, in general, farmers need to pay higher production costs. Fish production needs better water quality and feed, which costs more money,” says Dey. “So scientists might be able to suggest stringent food safety protocols, but if consumers are not interested in paying for those higher quality or safer attributes, those technologies would not be adopted by farmers.”

Currently, Dey serves as principal investigator for a project titled, “Enhancing food safety in fish and chicken value chains of Bangladesh,” funded by the Feed the Future Innovation Lab for Food Safety. To reduce the food safety hazards associated with fish and chicken in the markets of Bangladesh, Dey and his colleagues are evaluating consumers’ willingness to pay for safe foods. What consumers are willing to pay, in turn, affects whether farmers will adopt the food safety practices or not.

The multidisciplinary project involves not only economists like Dey, but also microbiologists, food scientists and sociologists. Results and data from this study will support science-based decisions on the most effective methods to reduce food safety hazards, all while taking the farmers and their profits into consideration. The findings will inform win-win policy recommendations that can help reduce consumers’ exposure to harmful microorganisms and chemicals.

Dey chose to pursue agricultural economics as an undergraduate at Bangladesh Agricultural University — a decision he attributes to a combination of his upbringing on the farm, interest in mathematics and the school’s proximity to his home. After graduating in 1982, he began his doctoral work on the economics of agricultural development, focusing on rice at the University of the Philippines Los Baños in collaboration with the International Rice Research Institute (IRRI). He continued on at IRRI as a postdoctoral researcher studying the agricultural economy of Asia under the mentorship of the late Professor Robert Evenson at Yale University and the late Dr. Mahabub Hossain at IRRI.

Later, he shifted from rice to aquatic food systems as a scientist-turned-regional director at WorldFish, an international nonprofit research institution that aims to enhance food security by improving fisheries and aquaculture. After 13 years there, initially in the Philippines and then in Malaysia, Dey moved to the United States to become a professor of agricultural economics. In 2016, he joined the faculty at Texas State University, where he also serves as chair of the Department of Agricultural Sciences. He is also an Asia specialist with the Feed the Future Innovation Lab for Fish.

Despite living so far from Bangladesh, Dey maintains close ties to his home country through his work. The project funded by the Innovation Lab for Food Safety includes collaborations with researchers at his alma mater, Bangladesh Agricultural University, as well as the University of Dhaka and the Bangladesh Food Safety Authority. He prides himself on being able to give back in the form of improved food safety strategies and policies.

“With excellent economic growth, consumers in Bangladesh are now looking into the issue of whether they can afford a higher quality product. They think about whether the food they offer their children is free from chemical residues or pathogenic bacteria,” says Dey. “From that point of view, we need to help the government — as well as the consumer and the producer — fulfill this need.”

Pursuing Diversity, Equity and Inclusion at the Bureau for Resilience and Food Security

“Bring Your Wife, Your Daughter or Your Sister”: Dr. Kathleen Colverson on Gender in Agricultural Development