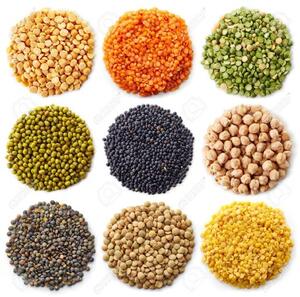 How does voucher modality in seed fairs compare to providing cash? And how can these fairs provide disaster-affected women and men with the assets, tools, and knowledge necessary to rebuild their livelihoods? In response to a severe drought and subsequent crop failures in Guatemala and Nicaragua as well as flooding in Uganda, Catholic Relief Services launched seed fairs that sought to restore livelihoods by providing agricultural inputs to affected farmers. The Feed the Future Global Supporting Seed Systems for Development activity worked closely with the Catholic Relief Services country teams in these three countries to support the implementation and assess the seed fairs.

In Nicaragua, Catholic Relief Services, through its Water Smart Agriculture partners, Caritas Matagalpa and FIDER, launched the Reactivation of Livelihoods in the Dry Corridor of Nicaragua. This project provided bean and corn seed, cover crop seed, fertilizer, and other inputs to 560 vulnerable farmer households in the departments of Matagalpa, Madriz, and Jinotega. The inputs were provided through seed fairs using a voucher modality. Almost all participants were pleased with the fairs, with 99 percent stating that the seed received was high-quality and 90 percent said that there were sufficient varieties provided. While participants were able to select seed varieties, they were required to purchase specific crops with specific vouchers. Participants considered the limitations imposed by the vouchers both an advantage in enabling them to procure quality seed, and a disadvantage in limiting choice. To learn more about the use of vouchers and farmer preferences in Nicaragua, view the full report.

Cash easier to manage in Guatemala

In Guatemala, fairs in 2016 and 2017 in the USAID-funded Superamos II project used vouchers while those in 2018 and 2019 in the USAID-funded Adelante project used cash transfers. Each of the fairs in these four years served 4,000 to 5,000 farmers. Findings from the Guatemala fairs indicate that cash-based seed fairs are less costly and easier to manage than voucher fairs. Generally, beneficiaries did not negotiate prices in any of the fairs, but it appears the freedom to purchase outside the fairs pressured vendors at cash fairs to keep their prices competitive. The Guatemala fairs also provided important insights into how to reduce “leakage” and make fairs more attractive to beneficiaries. Participants reported high satisfaction levels no matter which modality was used. However, tradeoffs exist, and the choice of modality should be made in consideration of the local context. Vouchers are viewed as providing more security, but less bargaining ability when compared to cash.  Vouchers appear to be an especially attractive choice where security and leakage are large concerns and where creative approaches can be included to enhance gender equity. Cash fairs, meanwhile, were less costly, easier to manage than vouchers, and increased beneficiaries’ satisfaction with the prices and choices provided. To learn more about comparisons of voucher and cash transfer modalities in Guatemala view the full report here.

In Uganda, in a response to the floods in the Mount Elgon region of eastern Uganda in late 2019, Catholic Relief Services and Caritas Tororo, implemented a four-month Bill & Melinda Gates Foundation-funded market fair project in early 2020 to support 2,003 smallholder households. Of these, 928 were female-headed. Overall, from the vendor invoices, exit interviews and post-delivery monitoring data, results show that project participants spent on average 55 percent of the voucher value on farm tools, 33 percent on food items, and 12 percent on farm inputs. Findings indicate a demand for future fairs to offer income-generating items to supplement family income. As in Nicaragua, respondents reported high satisfaction levels with 90 percent of respondents stating they were satisfied with the varieties, quantities and quality of the seeds provided at the market fairs. For further information on how to best design and implement seed fairs that engage suppliers and farmers and use private sector opportunities, see the Uganda report.

Financing Potential of the Seed Sector in Kenya, Uganda, Malawi, Tanzania and Niger