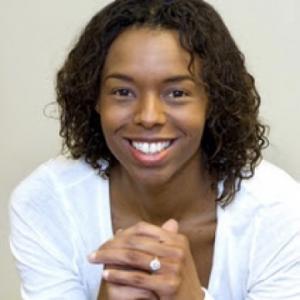 The USAID/Rwanda mission exemplifies the practical application of inclusive development in its programming and, in particular, youth with disabilities. The new mission Country Development Cooperation Strategy (CDCS) 2020-2025 recognizes that young men and women, persons with disabilities and lesbian, gay, bisexual, transgender and intersex (LGBTI) people are disproportionately exposed to stigma and discrimination, lack of employment opportunities and homelessness. The mission is committed to providing programming that engages these groups and increases their ability to meaningfully and equitably engage in the economy.

One example is found in USAID's Hinga Weze (meaning “cultivate for a better harvest") activity under the Feed the Future initiative.

Since its launch, Hinga Weze has intentionally directed its efforts to ensure support is socially inclusive and reaches beneficiaries equitably. Under its three components, Hinga Weze has delivered support without discrimination of any nature to beneficiaries, including women, youth and persons with disabilities. Among Hinga Weze’s many interventions is support for the Twisungane Mageragere maize cooperative.

Although Twisungane Mageragere has been providing members with many important resources, the cooperative and its members have faced the challenges of low yields and high rates of post-harvest loss, similar to other maize producers. Twisungane Mageragere identified equipment needs that could help them increase yields and reduce post-harvest loss, including tents, shelling machines, moisture meters, plastic bags and metallic silos for proper storage, as well as bicycles to improve transportation for disabled persons within the cooperative. Hinga Weze partnered with Twisungane Mageragere to provide technical assistance in marketing and also an approximately $9,642 (RWF 8,233,500) grant that was used to procure agricultural processing equipment identified by the cooperative. Through the Hinga Weze-supported equipment, post-harvest losses are now being reduced by over 50% and the cooperative’s production is more marketable, enabling them to sell more maize for greater profit.

"Our members are excited and now feel they can compete favorably against other farmers," observed Ukizuru Protais, the president of Twisungane Mageragere cooperative.

In addition to working directly with cooperatives and businesses which are run by persons with disabilities, Hinga Weze attempts to mainstream inclusion across all activity interventions, which include agricultural extension technical assistance, market linkages and access to technologies such as irrigation and terracing. In 2020, Hinga Weze supported 2,111 persons with disabilities across all its interventions. As Hinga Weze continues to work to unlock opportunities for smallholder farmers in Rwanda to improve their livelihoods and incomes, inclusion will remain at the fore.