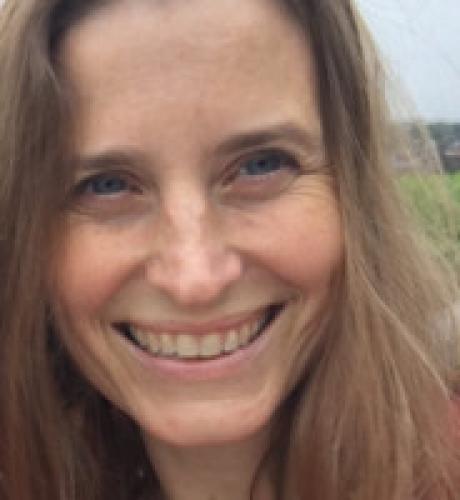 Although the use of earth observation (EO) data is a promising trend in agricultural development, there is understandably a concern about its equitable access. How do we ensure EO data makes it all the way from a satellite orbiting the Earth to a struggling farmer in the remotest parts of Mali? And once it gets into a farmer’s hands – would it be useful to that farmer? Would it make a difference in that farmer’s life?

For the past three years, Lutheran World Relief has collaborated with the Malian government, the University of Maryland via the NASA Harvest consortium and local farmer organizations to ensure local capacity to access, validate, analyze and use EO-informed crop monitoring data. The goal is to help farmers better prepare for planting seasons, build resilience to climate change and protect their livelihoods and food security.

EO Information at the National Level

Government actors armed with EO-informed crop monitoring and weather data can influence policies and funding to promote climate change adaptation, disaster risk reduction and food security at a national scale. The government of Mali committed to strengthening its capacity to use EO-informed crop monitoring data for improved decision-making about food security policy, and to disseminate the data analysis publicly as part of Lutheran World Relief’s Relief to Resilience (R2R) in the Sahel project supported by the Bill & Melinda Gates Foundation from 2018 to 2021.

Through the R2R project, Lutheran World Relief organized a series training sessions led by the University of Maryland for Malian government collaborators on how to access and analyze EO data using the Global Agricultural Monitoring (GLAM) project system, the Early Warning eXplorer (EWX) system and community-based field agents to verify the data with farmers. The trainings addressed how to analyze trends in temperature, precipitation, vegetation and other issues that affect crop conditions.

Mali’s National Early Warning System (Système d'Alerte Précoce, or SAP) now manages the process to ensure integrated use of the data by Mali’s relevant government stakeholders from the agriculture, environment, meteorological and food security-related agencies. The SAP has sustained its independent use of the GLAM after the end of the project and has continued to disseminate flash reports that integrate EO agricultural and climate data that drive policies affecting issues such as the use of food reserves, extension services for climate adaptation techniques or irrigation schemes.

“It has been a partnership that has been very enriching because it has allowed us to better monitor the evolution of crop cultivation throughout the country in this time of insecurity and in such a vast country,” said Assekou M. Kounta, SAP’s interim national coordinator. “And it made it possible to make a link between the ground tracker and the satellite tracker and this is very important. The SAP has gained a lot through capacity-building at the national level as well as at the regional level as all the regional coordinators know how to use this tool.”

With the successful adoption and use of the enhanced monitoring and early warning system at the national level, Lutheran World Relief also sought to address the accessibility and actionable use of EO information at the last mile, affecting the day-to-day decision-making of smallholder farmers.

Lutheran World Relief worked with Viamo in the R2R project to pilot a telecommunications system that automatically called farmers with a data recording. The message summarized the relevant information from SAP’s reports integrated with other data that could lead to early action responses. The audio messages were received by more than 770 farmers and included information on rainfall projections, pest attacks, potential crop surplus and deficit areas, cereal and livestock prices in the markets and the state of biomass and grazing areas. Farmers are now able to opt-in to continued open-source messaging from Viamo or subscribe for a fee to receive messages with more detailed data.

Lutheran World Relief is in the process of evaluating the farmers’ use of the information they received through the automated calling system. The expectation is that the relevancy of the information and the speed at which it is received will help farmers make meaningful decisions in near real-time to improve their resilience to climate change, ensuring greater food security and an increase in yields and profits.

Earth Observations for Food Security and Agriculture: The Climate Edition

When We Can't Ask Farmers How They're Doing, Their Fields Tell The Story: Using Satellite Data to Estimate Cropped Area and Crop Production in Mali