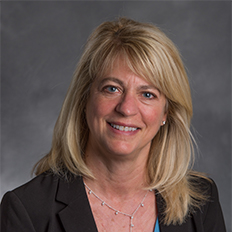 Residents of Guatemala’s dry corridor are hungry. In 2018, drought-related crop failures directly affected one in 10 Guatemalans and caused extreme food shortage for upwards of 840,000 people according to the UN’s Food and Agriculture Organization (FAO). Thousands of Guatemalans support and feed their families with subsistence farming and the alarming climate trends of the dry corridor are making each year harder to survive. Guatemala already has the sixth-highest rate of chronic malnutrition with nearly one out of every two children under five suffering from stunting or low height-for-age (USAID).

Herminio Jerónimo, 45, lives in Camotán, Chiquimula in the shadows of the Sierra de las Minas mountains and in the heart of the dry corridor. As a farmer, he is no stranger to the setbacks the dry conditions and changing climate have caused. This year, however, Herminio has been given new hope for his fields in the form of an improved climate-resilient bean variety. The seeds, named “ICTA-Patriarca”, were distributed to farmers across the dry corridor and could be the answer he and his neighbors have been waiting for.

ICTA-Patriarca seed was produced and distributed with funding from USAID and the Feed the Future Innovation Lab for Legume Systems Research as a part of an initial activity project titled, “Selection and Release of Climate Resilient Common Bean Germplasm for The Highland and Dry Corridor of Central America”.

The project is led by Dr. Phil McClean and Juan M. Osorno from North Dakota State University and works closely with the Institute of Agricultural Science and Technology (ICTA) in Guatemala. Angela Miranda leads the bean program for ICTA. Specific results of the project include the release for ICTA Patriarca, a bush type variety adapted to the dry corridor of Guatemala. “More than 250 farmers from Jutiapa, Jalapa, Chiquimula and Zacapa were benefited with seed, in a protocolary act with participation of the Ministry of Agriculture and some Municipalities,” says Miranda. “With this project, seed of ICTA Patriarca has been made available to farmers, which has desirable characteristics such as good yield, drought tolerance and adaptation to the dry corridor of Guatemala, helping to improve the productivity of bean producing farms and generating better income for families.”

The Catastrophic Impacts of Pesticides in Developing Countries