How Farmers Shifted from Subsistence to Profit without Leaving the Village 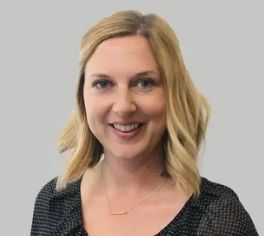 Smallholder farmers make up a significant portion of the world’s poor. Without the resources to invest in a better future, they often remain trapped in the cycle of poverty. Farmers from a small village in Bangladesh broke the vicious cycle with an idea that leveraged their collective strengths.

“Whatever vegetables we produced, we used only for household needs. What would we do with the extra? There was nobody to purchase it,” recalls Abdul Alim, a farmer from West Gulishakhali, a village in Southern Bangladesh. “But things have changed in the last couple of years.”

Abdul’s village is located next to Sundarbans — the largest delta in the world, formed by the confluence of several rivers in the Bay of Bengal. The delta is home to one of the largest mangrove forests on the planet, as well as several endangered species, and provides resources such as fish and agricultural land to over four million people, including 400 households in the West Gulishakhali village.

“Producing extra? No thanks”

Climate change has made the area prone to floods and soil salinity. Most of the villagers know how to adapt their farming techniques to climate change. Until recently, however, many of them chose not to.

“Some farmers would produce flood- and saline-tolerant agricultural varieties. But most didn’t because they could not make a profit,” explains Abdul Alim. “If you produce extra, you need to go to the market to sell. It’s not easy to reach.” The transportation costs become especially high during the monsoon.

The villagers had been looking for a solution when Panii Jibon, a project of Helvetas, saw an opportunity to lend its support. In 2018, the producers of the village formed a group to meet and share knowledge. They asked themselves: how can we solve the market access problem together?

The producers came up with an idea that would change their lives.

The profit-generating idea was to set up a collection center. Collective sales are nothing new: they are widely used to aggregate the produce of smallholder farmers. Bulk supply is more attractive to buyers; economy of scale saves costs and offers better prices. However, setting up a collection center also brings risks.

Smallholder farmers often lack funds to invest in setting up a collection center on their own. If the center is set up with the support of a government or development agency, there is a risk that it will become a possession whose cost is out of the proportion to its usefulness. This happens when the project lacks local ownership and management. Often, the center eventually falls into disuse.

This wasn’t the case in West Gulishkali. While the Panii Jibon project shared the costs for setting up the collection center with the villagers, it only acted as a temporary facilitator when it came to implementing the idea. “The Panii Jibon project has spurred us to unite and take the necessary steps. We led everything while the project facilitated us from the backside,” says Md. Sabed Ali, the vice president of the center.

As soon as the villagers opened the center in July 2019, they set up a committee to ensure its smooth operation. It consists of 11 local members, elected by the farmers for two years of tenure. “We have also met with nearby wholesalers and signed an agreement for selling vegetables through a bidding process,” explained Rahima Begum, one of the female members of the management committee. While women exceed 50% of the agricultural labor force in Bangladesh, they are more likely than men to be excluded from decision-making — but not in the new collection center in West Gulishkali.

Every day, local producers from Gulishakhali and neighboring villages come to the center. They sell their products through a competitive process where buyers place bids and the top bidder gets the goods. The producers don’t have to wait for this process to end; they get paid later by the people designated by the committee to coordinate the sales.

The bidding scheme tackles another common problem of collection centers: making sure the prices correspond to the quality. Since farmers are usually not present during sales at collection centers and everyone’s produce is purchased in bulk, higher-quality producers can’t bargain for a fairer price. With the bidding in place, they can be sure they secure the best price.

The engagement of smallholder producers has been increasing. In 2019, the center started with 14 smallholder farmers, which increased to 107 by 2020. There is also remarkable progress in the number of female producers: 33 in 2020 compared to only 4 in the beginning. The number of wholesale buyers has grown from two to eight. Even buyers from Bagerhat and Khulna districts, located about 70 and 150 kilometers away from the village, are now showing interest in the market.

The center is helping poor farmers by introducing them to the market systems. It has also increased access for the female smallholder farmers, as they can easily come to the center and sell the crops from their homestead gardening as well.

The growing popularity has created a new problem: the center can no longer accommodate all the products. The committee is considering an extra shed or extending the existing building — but they would need to find investments.

Another concern is related to the fact that the center is on the Khas land — government-owned, fallow land, where nobody has property rights. The committee needs to negotiate legal approval with the local government. “We need to have a better relationship with the government and the private sector so that they can support our efforts and benefit themselves in return. There is no doubt that it is imperative in this context of climate change to ensure food security, but the question is how to keep it running,” says Md. Sabed Ali.

To reach the United Nation’s Sustainable Development Goal 2 — Zero Hunger by 2050 — we must rely on increased production by smallholder farmers. Their role is expanding as land constraints limit the potential for the expansion of plantation agriculture and as the focus of future food market growth shifts to emerging markets (International Finance Corporation, 2019). Alongside access to finance and knowledge, market access is one of the biggest challenges facing smallholder farmers, and locally owned collection centers are one way to address this.

This article was authored by MM Jakaria, monitoring and evaluation specialist for Helvetas’ Panii Jibon project; Md. Kamruzzaman Khan, field coordinator for the Bangladesh Disaster Preparedness Center; and Masha Scholl, Helvetas’ coordinator for international communications. A version of this story originally appeared in the Dhaka Tribune under the headline “Making Market at the Doorstep” before being adapted and republished by Helvetas.

4 Ways to Have More Inclusive Projects