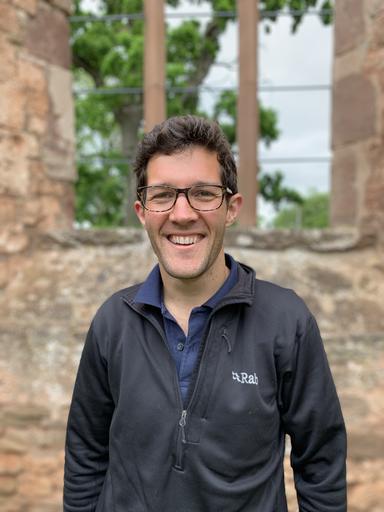 The Global Burden of Animal Diseases (GBADs) program is being developed by a group of international collaborators led by the program director Professor Jonathan Rushton, University of Liverpool, United Kingdom. GBADs will create information on the economic burden of livestock diseases to support animal health decision-making focused on the Sustainable Development Goals (SDG). In my role as Project Manager, I am supporting our collaborators in their implementation of the rollout of GBADs between 2020-2025. GBADs is supported by the Bill and Melinda Gates Foundation (BMGF) and the United Kingdom’s Department for International Development.

Why do we need GBADs?

Livestock are critical for ensuring human health and maintaining livelihoods. Livestock health and productivity are negatively impacted by the presence of endemic and emerging diseases, increasing the amount of resources needed to maintain these animals, which in turn increases competition for land, air and water. In response, hundreds of millions of dollars are invested globally on disease mitigation in order to improve livestock health and productivity, yet a systematic process to determine the burden of animal disease on the health and wellbeing of people is not available. It is unknown how the burden is apportioned between smallholders and the commercial sector, by region and gender. Consequently, decision makers lack the information to accurately assess whether their investments target the animal health issues that have the most significant impact on human wellbeing.

GBADs will curate simple metrics to allow comparison of the burden of animal health issues within and between farming systems, species, regions, countries, and even socio-economic status and gender. As a model for this work, we draw inspiration and lessons from the Global Burden of (human) Disease (GBD) program that developed the Disability Adjusted Life Year (DALY) metric. GBD 2017 included more than 38 billion estimates of 359 diseases and injuries and 84 risk factors in 195 countries and territories, and incorporated input from 3,676 collaborators from 146 countries and territories. GBD has redefined the way the global community assesses human disease priorities and plays an important role in support of resource mobilization and allocation.

The methodologies we will employ aren’t new – population and production system evaluation lead by the Commonwealth Scientific and Industrial Research Organisation (CSIRO) Australia will build on an existing BMGF investment, LiveGaps, which focuses on specific regions and production systems. With GBADs support this work will be scaled up to make global assessments.

Farm and system level economic data are required to build farm enterprise budgets. These can be assessed in the context of the Health Loss Envelope (production loss and expenditure on treatment and control) allowing us to put a clear boundary around maximal losses due to health and production issues. This is akin to the GBD assigning a standardized life expectancy against which to measure the contribution of human diseases to a combined DALY.

The time is right for the animal health sector to develop and adopt a standardized disease classification system, and we are working with the World Organisation for Animal Health (OIE), the Consultative Group on International Agricultural Research (CGIAR) and others to learn from examples in human health such as the World Health Organisation’s International Classification of Diseases (ICD). A common language (ontology) for animal health conditions will allow GBADs to attribute the Health Loss Envelope in a way that can be compared across geographies and production systems.

What are the next steps in the coming 5 years?

The following core outputs of GBADs will identify the deficiencies of the animal health system and offer solutions to support the needs of smallholder farmers, commercial operations and society as a whole.

What does this mean for our blog audience?

And what does this mean for the future of animal health decision making?