Ghanaian Farmers Will Use Post-Harvest Tech … If It’s Free 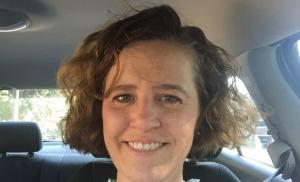 When Ghanaian groundnut farmers are given tarps for free, they will use them to dry their crops, one of the proven ways to reduce the risk of aflatoxin-producing mold. But, when they have to buy the tarps — even when they are given an economic incentive to produce low-aflatoxin nuts — farmers are reluctant to spend the money.

Peanuts, or groundnuts as they are called in much of Africa, are an important crop in Ghana, where 80 percent of people eat groundnuts in some form at least once a week. Production is hampered by naturally occurring mold that can create aflatoxin; properly drying and storing nuts can reduce the risk of aflatoxin contamination, but many farmers and consumers are unaware of the risk of aflatoxin, which can lead to stunting, as well as liver disease and cancer over the long-term.

Magnan and his team studied whether smallholder farmers would adopt low-tech, low-cost post-harvest methods that reduce aflatoxin levels (drying on tarps) if they were informed of the technology’s benefits and/or received an economic incentive. They expected that if they gave farmers an incentive, a 15 percent premium for low-aflatoxin nuts at the buying point, farmers would invest more to reduce aflatoxin risk, but they found the price incentive wasn’t any more effective than educating farmers and giving them a tarp to use.

“We found that the information session was effective at improving postharvest practices. When you gave farmers tarps for free, they gladly used them, and this was effective at reducing aflatoxin risk,” Magnan said.

“A little surprisingly, though, when you offer to sell farmers tarps – even after the training and even after discounting the cost of the tarp – farmers were very reluctant to do so. That was also true when we offered a market incentive. We thought if we offered a market incentive, farmers might be willing to invest more to reduce aflatoxin risk and that really wasn’t the case.”

Food safety is a “credence good,” meaning consumers benefit by avoiding the long-term impact of toxin exposure, but they don’t necessarily see that benefit right away. That lack of immediate impact makes it difficult for resource-limited farmers to invest in aflatoxin reduction infrastructure, such as tarps.

The research showed, however, that with knowledge and a free tarp, farmers are willing to follow improved drying techniques, Magnan said. Even with training only, farmers adapted their practices to reduce aflatoxin. Where farmers were provided training and a tarp, aflatoxin levels were 30 percent lower.

“As long as the farmers in Ghana have access to proper tools, such as drying sheets, and the right training, they are inclined to follow procedures,” Magnan said.

Reducing the risk of aflatoxin will improve human health and could increase market access, which is impacted by contamination. With the adoption of better drying practices, Ghanaian groundnut farmers could be able to increase their incomes and provide safe produce to foreign markets, Magnan said. With more research and time, groundnut farmers will be able to provide a safe product around the world.

“In the end, we think the tarps are a very good technology that farmers will use and use effectively, but they have to be given to them and not sold,” Magnan said.

Magnan continues to look at economic incentives for producing low-aflatoxin nuts and how farmers might confidently invest in inputs through a new research project with the Feed the Future Innovation Lab for Peanut, Farmer Incentives for Quality Ghanaian Peanuts.

Information, Technology, and Market Rewards: Incentivizing Aflatoxin Control in Ghana was written by Magnan; Vivian Hoffmann, a research fellow in the Markets, Trade, and Institutions Division of IFPRI; Gissele Gajate Garrido, a demand modeling and price optimization specialist at Nestlé, formerly a research fellow at IFPRI; Daniel Akwasi Kanyam, an assistant professor at the University of the Cumberlands; and Nelson Opoku, professor at the University for Development Studies, Tamale, Ghana.