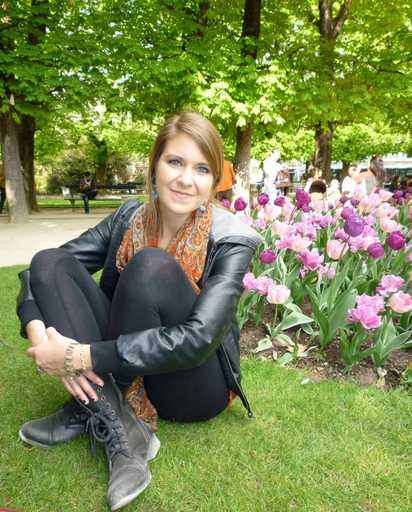 Agricultural production is only one of many factors that impacts global food security. A Virginia Tech team has found that some factors, like gender, take a little extra digging to uncover but cannot be overlooked when the goal is to feed the world’s rapidly growing population.

The Feed the Future Innovation Lab for Integrated Pest Management, housed at Virginia Tech and funded by the U.S. Agency for International Development, addresses crop pests and diseases in Asia and Africa, in addition to considering how gender impacts integrated pest management (IPM) activities and how IPM activities impact gender at the household and community level. In developing countries, women make up 43 percent of the agricultural labor force and, despite producing half of the world’s food, often face constraints that limit profits, contributions and productivity.

“Socio-economic factors, including gender, shape the design, development and application of IPM practices,” says Daniel Sumner, assistant director of Women and Gender in International Development (WGD) and one of the Innovation Lab’s gender specialists. “Men’s and women’s roles in rural livelihood activities, access to resources and decision-making power can constrain or facilitate the application of IPM practices. By understanding the responsibilities, priorities and concerns of women and men, the Innovation Lab can promote more inclusive pest management solutions that promote the well-being of women and men.”

In the Innovation Lab’s project in Ethiopia, for instance, WGD examines the gendered economic and health effects linked to Parthenium hysterophorus, an invasive weed harmful to human, animal and environmental health. With the release of the leaf-feeding beetle Zygogramma bicolorata and the stem-boring weevil Listronatus setosipennis, the project uses biological control to manage the weed that taints livestock milk, destroys native vegetation and causes rashes on human skin, among other impacts.

But what does this have to do with gender?

“In rural Sub-Saharan Africa, many of the farming tasks such as weeding are done by women,” says Wondi Mersie, Ph.D., associate dean and director of research at Virginia State University and head of the Parthenium project. “This is in addition to household tasks they undertake including feeding the family and taking care of the children. However, women are rarely asked for their input when it comes to major decisions about farming, such as: What should be planted? What technologies should be used?”

Incorporating women’s input into the application of IPM activities has major implications for the success of IPM progress, scaling-up and effective duration, in addition to women’s autonomy. When women lack access to accurate information, resources and production methods, it could lead to agricultural and economic loss, which could disempower not only women, but the world.

This, in fact, was one of the central conversations at the recent Women and Gender in Development Conference hosted by the WGD team. The first of its kind at Virginia Tech, the conference gathered researchers, students and practitioners from around the world to discuss gender in the context of international development, covering topics that ranged from the critical role women play in maintaining traditional food varieties to the production of mung bean in Senegal as a driving force behind women’s improved nutrition.

Maria Elisa Christie, Ph.D., director of WGD and host of the conference, noted that many of the presentations stressed the limits that can be placed on research and that, while gender assessments at different IPM sites identify obstacles for achieving technical goals and gender equity, the research doesn’t, or shouldn’t, stop there.

“Listening to Agnes Quisumbing from the International Food Policy Research Institute at the conference, I realized that we have a lot more to do in our projects than just reach and benefit women to empower them,” Christie says, “but to ‘strengthen their ability to make strategic life choices and put those choices into action.’”

Amer Fayad, Ph.D., assistant director of the Innovation Lab, said the conference was especially important in highlighting that gender inequality still exists in agriculture and is a factor hindering successful productivity, implementation, and adoption. While reports show that nearly 90 percent of time spent on household food preparation is women’s time and that women play crucial roles in food security in general, a gender gap in agriculture persists. For IPM, women’s exceeding vulnerability to pesticide use (especially in the developing world where usage goes unregulated) and women’s restricted access to agricultural extension services that often cater to men are two factors that continue to be addressed, reviewed and realigned.

Down to the “time of collecting information and analyzing data,” Fayad says, “IPM decision makers and researchers need to consider gender issues, equity and access in designing program activities.”

The Innovation Lab has implemented a number of IPM technologies that are evolving or promoting gender equity for balanced, inclusive agricultural practices and opportunities. In Asia, the application of a naturally occurring fungus called Trichoderma has increased women’s wages while protecting plants from disease. In East Africa, a farming technique called push-pull, which harnesses “good bugs” to push away “bad bugs,” has shown promise for improving mothers’ nutritional status while increasing yields.

This post was written by Sara Hendery and originally appeared in Entomology Today.

How Science and Extension Services Benefit From International Collaboration

Male Out-Migration: A Change in Households, a Change in Public Spaces