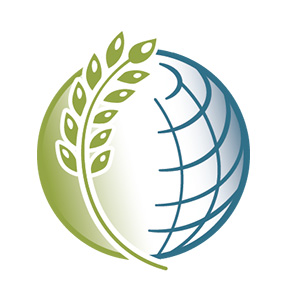 For many, aquaculture brings to mind images of deep seas and glistening salmon. Wide vistas of oceans stretch off into the horizon, beckoning with endless potential for seafood production. Reality is a little more complicated. Recent, high-profile projections suggest that “mariculture” (saltwater aquaculture), has the highest growth potential, with freshwater aquaculture lagging. However, new research published in a Nature paper by Zang, et al. (2022) underlines the much greater existing contributions that freshwater aquaculture makes to global food security, along with its higher potential for future growth.

As stated in the article, “We contend that these projections inflate the growth potential of mariculture and undervalue the present and future roles of freshwater aquaculture.”

As a major contributor to global food production, aquaculture research must be balanced and data driven. In particular, the data shows that freshwater aquaculture is important for global food security, providing low-cost, high-quality protein that is affordable for middle- and low-income markets.

Most freshwater aquaculture happens in ponds, which take up space on land, while mariculture production of fish in the sea appears to require little land. However, most farmed fish, whether grown on land or at sea, need to be fed, and production of feed crops like soy, corn and rice require the utilization of large areas of land for agriculture. As a result, most mariculture finfish have similar land and water footprints to freshwater species. In fact, most of the space, water, greenhouse gas emissions and pollution originating from both saltwater and freshwater aquaculture come from production of feed, rather than the finfish grow-out. As agricultural products are becoming more common in mariculture feeds, more land is used to grow feed crops, replacing some of the wild caught fish previously used as feed ingredients.

Most species of fish farmed in freshwater aquaculture are lower on the food chain than those produced by mariculture. Freshwater finfish culture has been so successful, partially because many of the fish raised — like tilapia, catfish and carp — are omnivorous or herbivorous. In comparison, species raised in mariculture farms are primarily carnivorous and require better quality, high-protein feeds. This tends to make them more expensive to grow and sell than freshwater fish. Moreover, the main farmed freshwater species tend to be robust and simple to breed, meaning that easy, low-cost farming techniques work well. Because of this, these freshwater species can be mass produced at low cost, providing an affordable source of high-quality protein to low- and middle-income consumers.

Nature’s Contributions to a Food Secure Future: Summary of Findings from the IPBES Global Assessment of Biodiversity and Ecosystem Services