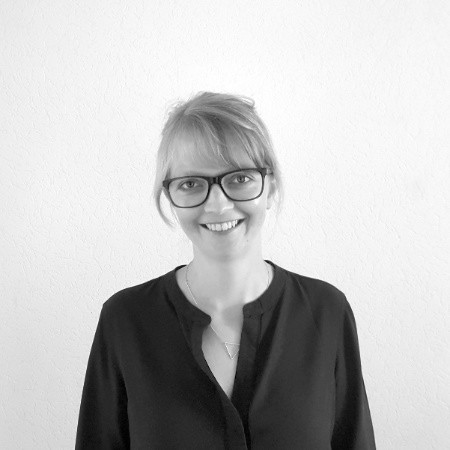 Farmers in Danghesta village, Amhara region, Ethiopia, rely on solar-powered small scale irrigation and conservation agriculture techniques to grow onions and other vegetables. Photo by Mulugeta Ayene/WLE. Using conservation agriculture practices can increase food production while safeguarding water and soil on farms and across drier, hotter landscapes. In Ethiopian cuisine, onion rules. Stews, sauces, and salads all rely on onions as a star ingredient, and market stalls are stacked high with fragrant bulbs. Across the country, onions contribute significantly to food security, adding taste and nutrients to diets otherwise mainly made up of cereals.

Despite their popularity, onion crops yield much less in Ethiopia than in other African countries. Farmers here, like elsewhere, use irrigation to cultivate onions. In fact, farmers prefer to irrigate onion more than other crops, thanks to the high demand and high prices for onions. But yields remain low.

Finding out how to increase the yield and quality of onion and other irrigated crops — such as cabbage, tomatoes, and potatoes — is an urgent priority amid a rise in droughts and dry spells. In the past, most Ethiopian farmers have relied on rain to water their crops, but because rainfall has become less reliable, pumping water from shallow groundwater reserves, reservoirs, or streams to water crops is emerging as a necessary alternative.

However, irrigation must be done without reducing water for downstream users or ecosystem services and without causing environmental harm, such as water pollution or excessive soil erosion. Done right, irrigation can enable farmers to grow more nutritious food all year round and provide water for other purposes, such as household and sanitation uses.

To test how to increase onion yield, and at the same time use water and soil most productively, we set up a trial with 34 farmers growing Red Bombay onions in the Dangela adminstrative district of the Amhara region during the dry season from December 2016 to March 2017. We wanted to find out how using a set of practices known as "conservation agriculture" could improve not only productivity, but also environmental sustainability, incomes, and nutrition.

What is conservation agriculture On the left, farmers have applied mulch around the onions, one of the conservation agriculture techniques that leads to higher yields and improved water productivity. Photo by Mulugeta Ayene/WLE.

What we call conservation agriculture is a certain way of farming that is based on three main principles: farmers plough the soil with minimum disturbance, mulch is used to cover the soil between crops, and the kinds of crops grown on a certain plot change every season.

In general, conservation agriculture is expected to increase the yield of vegetable crops. In addition, the practices improve soil quality, including by increasing soil moisture and minimizing the loss of valuable topsoil. Rotating crops between seasons also helps boost soil nutrients. Because moisture is better stored in the soil, the crop’s water use efficiency increases and less irrigation is needed. Finally, because the applied mulch impedes weeds, farmers’ labor burden decreases.

We collaborated with the farmers in the Dangela administrative district of the Amhara region to grow onions using conservation agriculture practices. While we provided seeds, irrigation equipment, and training, the farmers contributed their own land and saw the potential benefits as they emerged. The results were as promising as expected.

A multitude of benefits

Our field data showed that water productivity did indeed improve when farmers started practicing conservation agriculture; they were able to “grow more crop per drop of water”. Also, on average, the new practices increased yields by 35 percent, improved the quality of crops, and boosted farmers’ profitability.

“The conventional tillage practice needs water every day since the soil dries out quickly, and plants wilt. But plants under conservation agriculture can be irrigated once in two days and do not need lots of work for hoeing and weeding,” said Mr. Girma Yihune, one of the farmers particpating in the trial. “The onion yield, and also the bulb size, is better under conservation agriculture than with conventional tillage. The amount of money made from a small 10 m by 10 m plot was higher than that of rainfed crops like teff and maize. This practice should be promoted to help the community in the area.”

In addition to observing these immediate benefits, we ran a biophysical simulation using our suite of integrated decision support system models to investigate additional effects on water and soil that we could not directly observe.

The results indicated that conservation agriculture also increased soil water availability at the onions’ roots. In cases when the farmers applied excess irrigation water, that water helped to replenish the shallow groundwater aquifer. In addition, the mulch applied by farmers protected the soil from erosion and gradually grew the top layer of organic matter in the soil.

The findings from our study indicate the importance and role of conservation agriculture for sustainable intensification of food production, while maintaining and restoring soil health, using water sustainably, providing weed control, and increasing farmers’ profitability. Conservation agriculture may also reduce greenhouse gas emissions by enabling farmers’ plots to serve as carbon sinks. Furthermore, our modeling indicated that famers’ increased profit can be used to purchase supplemental foods, mainly animal products such as eggs, meat, and milk products, thus improving the nutritional security of their households.

From farm plots to larger landscapes

The benefits of conservation agriculture are evident and well demonstrated at the field level. What’s more, these benefits can potentially accumulate and expand to the watershed or basin scale. These practices have the potential to both contribute to soil and water conservation and to strengthen the socio-economic well-being of the entire Amhara region and across the Ethiopian Highlands.

Particularly during a time of climate variability and change, conservation agriculture can play an important role in supporting communities who are facing negative effects, such as less rain, higher temperature, and more pests, which are impeding their food production. In this context, conservation agriculture practices in combination with small scale irrigation can offer farmers a viable option for greater, better, and more sustainable production.

This research was conducted as part of the Feed the Future Innovation Lab for Small Scale Irrigation, established at the Norman Borlaug Institute for International Agriculture Development at Texas A&M University by the generous support of the American people provided through the U.S. Agency for International Development, under the terms of Contract No. AID-OAA-A-13-0005.

Balancing the Promises and Pitfalls of Adopting Irrigation Technologies in Ethiopia