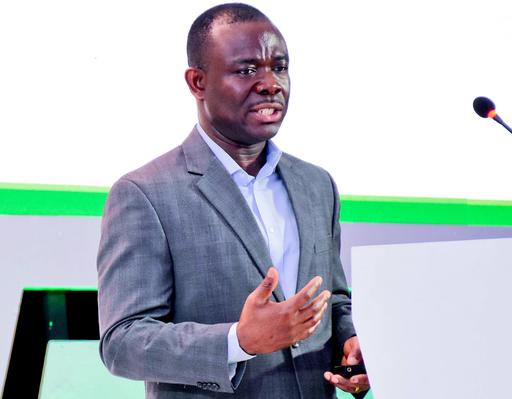 In September 2019, CTA and Dalberg Advisors launched The Digitalisation of African Agriculture Report, 2018-2019 – a first-of-its-kind market survey of agriculture-related digital tools and services across Africa. One of the co-authors, Ben Addom, outlines some of the key trends in the sector, as highlighted by this landmark report.

The D4Ag report took an approach that is different from traditional technology reports. The report was built around the understanding that digitalization can be a game-changer in the agricultural transformation process across the continent. Africa is a net importer of food, costing billions each year; every year, 12 million young people enter the workforce in Africa, only a quarter finds a job; and by 2050, climate change will cause yield losses of 22 percent in sub-Saharan Africa.

Over the past decade, to catalyze agricultural transformation in Africa, the ‘ICT4Ag’ sector has promoted digital applications, facilitated an enabling environment to encourage their uptake, and provided capacity building in digital literacy. In the next era digitalization for agriculture (D4Ag) will be more business-driven. The solutions that will survive will have to incorporate Big Data and analytics capabilities for precision agriculture.

As presented in the report, D4Ag can be applied to various challenges in Africa including climate change, decreasing yields, low incomes, limited access to finance, exclusion of women, men, and youth, and unemployment. And according to our findings outlined in the report, D4Ag innovations are already helping to increase smallholder yields by up to 70 percent and incomes by up to 40 percent. For a continent where 80 percent of food is produced by smallholder farmers, these solutions – and their uptake – are considered a game-changer in the transformation of African agriculture.

Over 33 million smallholder farmers and pastoralists have already been registered with digital solutions across Africa, and the sector is developing rapidly – with a growth rate of around 45 percent per year since 2012. Almost two-thirds of the solutions identified in the report are either advisory or market linkages solutions. The digital agriculture market in Africa is highly concentrated and uneven with a handful of countries accounting for the vast majority of reach figures while many countries have seen few deployments.

A shift towards tailored services

In terms of productivity, a clear trend highlighted in the report regards the emergence of increased agricultural data availability and accessibility. As a result, D4Ag solutions appear to be moving away from traditional and generalized SMS/text-based communication to a more targeted approach based on a farmer’s geolocation. Tailored, location-specific information regarding weather forecasts/pests and disease/crop prices are much more useful for farmers to increase precision agriculture and reduce production risks. These data-driven services, which incorporate advanced technologies, such as artificial intelligence and Internet of Things, are also expected to bring more businesses into the sector due to their ability to retain users in the long term.

The D4Ag market is expected to continue to expand rapidly, particularly as connectivity continues to improve across Africa. We expect that most farmers will have access to a mobile phone by 2030 and that the cost of data will continue to fall. An enhanced enabling environment that includes connectivity, as well as digital enablers and the business ecosystem, will also fuel substantial D4Ag expansion, whilst continued growth in access to digital payments will pave the way for D4Ag enterprises to engage with smallholders in a more cost-effective way. An improved start-up scene will also likely result in greater talent.

Donors, the private sector and big technology companies are expected to invest more in the increasingly profitable opportunities in the D4Ag space to capitalize on a US$1 trillion-dollar market. About US$50M is estimated to have flowed into the D4Ag sector in 2018. This figure represents a ten-fold increase over 2016 figures and represents roughly 20 percent of all investments flowing into tech start-ups in Africa during 2018. And whilst the amount of private sector capital flowing to D4Ag enterprises remains small, it is growing faster than donor funding, and all the foundations, development banks, and multilateral agencies interviewed suggested they are likely to increase their D4Ag investments in the coming years.

There is also a shift starting towards ecosystem building and investing in public goods like databases, entrepreneurial ecosystem elements, AgTech incubation and partnerships. Although relatively new, we believe this is a critical area for future focus.

On the other hand, the D4Ag sector still faces various challenges in terms of its sustainability and actual use of the solutions and services. Whilst a significant number, 33 million farmers represent just 10 percent of the D4Ag market potential; only 25 percent of users were found to be women and 75 percent are youths – despite the average farmer being much older. And whilst nearly 400 distinct digital ventures have been identified in sub-Saharan Africa, only 15 of these have registered 1 million users or more. Those that have achieved this reach have mostly found success in bundling a number of services – indeed the report finds that, “bundling financial access, advisory services and market linkages can increase income by more than 57 percent and yields by more than 168 percent.”

The limited scale of impact by digital solutions for agriculture is likely due to the nature of investment in the sector, which has, so far, been uncoordinated, scattered and short-term. As a result, there is a lack of clear business models to encourage the private sector to step in and drive growth in D4Ag. Without viable business models behind the solutions, it is also difficult to ensure sustained use by farmers and other intermediaries.

There is no doubt that donors, foundations, and governments should be acknowledged for laying the foundations over the past decade in helping to create an enabling environment for digital entrepreneurship and start-ups, and in showcasing the potential of technologies through proof-of-concept examples. But a vibrant digital agriculture ecosystem that supports smallholder agriculture value chains with universal reach and use of high impact innovations– an ecosystem underpinned by reliable digital infrastructure that delivers timely advice, inputs, market access, and finance to agricultural stakeholders is needed.

However, if the true potential of the sector is to be realized, it will be critical to improve the level of coordinated investment and project scaling to avoid duplicated efforts by these actors. There is also a need for clear collaboration among key stakeholders, including farmers, agribusinesses, big tech partners and donors to support the sector as it grows, and to establish a long-term agenda for a consolidated and shared vision of D4Ag for the future. Finally, there is a need for D4Ag knowledge and innovation hub with a distinctive sector data and insights, ecosystem-building and coordination services, technology and business model innovation support, and technical advice.

Untapped Market For Digital Services To Transform African Agriculture Worth Up To €2.3 Billion, New Report Finds

The Digitalisation of African Agriculture Report, 2018-2019

Power Beyond the Prize