The Case for Mixed Renewable Energy Solutions in Agricultural Development 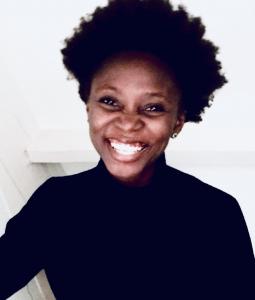 Born and raised in the countryside called Ibadan, I have never been a fan of living in cities. Aside going to work and meeting up with clients, I am a country pumpkin; I need to see the earth, some grass and trees, and breathe in clean air. In Lagos, like all financial hot spots the world over, the vehicular and human traffic is debilitating, food is costly and hardly fresh, and greed is at a feverish peak. The most unbearable of all the discomforts that this city presents is the noise and air pollution from diesel or gasoline generators. Electric power supply in my country is erratic; therefore, it is customary for each household to invest in a generator. Once power is turned off, each household turns on their noisy unit, which blares late into the night or oftentimes the next day, depending on when power is restored. Apart from the unbearable noise, there is the pungent smell of carbon dioxide (CO2) wafting into the rooms. It is indeed a nightmare!

The pitiless African sun provides a solar alternative to the menace of generators. Apart from initial fabrication costs, it is cheap to run (actually free), needing little, if any, maintenance and produces zero carbon. Solar panels can be fitted on house tops or on canals to conserve land for other purposes. Solar canals or floating photovoltaic (FPV) were applied for the first time in 2007 in Aichi, Japan, for research purposes with a capacity of 20 kW, then the implementations of this system spread in several countries like the United States, Italy, Spain, South Korea and China.

For the agricultural industry, solar is useful for irrigation, food processing and many other farm activities. However, the energy needs of a sizeable farm are quite high and may require much more than solar panels, like power from a solar plant. Apart from the fact that constructing a solar plant is staggeringly expensive, there is also the downside of its high consumption of water resources. Some solar power plants may require water for cleaning solar collectors and concentrators, or for cooling turbine generators. Using large volumes of ground water or surface water for cleaning collectors in some arid locations may affect the ecosystems that depend on these water resources. What this means is that in desert and arid zones where there is either a shortage or low supply of water, there is a limit to the number of solar plants that may be constructed in order to manage water resources; therefore, total dependence on solar may not be advisable or even possible.

Biofuels, on the other hand, do not affect water levels in any way and are also highly sustainable, whether in a farm or residential setting. Biofuels can be manufactured from a wide variety of materials, ranging from animal and human dung to organic household and plant waste, as well as certain cultivated plants. Unlike solar energy, which produces zero carbon, biofuels produce some measure of CO2, which is significantly lower than that of fossil fuels. Much like solar panels, apart from the cost of fabrication of the biodegrader and supply pipes, there are no real costs attached to biofuels, with the exception of those produced from cultivated plants.

According to Bobbi Jindal, the 55th president of Louisiana, United States, “We should increase our development of alternative fuels, taking advantage of renewable resources, like using corn and sugar to produce ethanol or soybeans to produce biodiesel.” Although both ethanol and biodiesel are substantially less damaging to the environment, their cultivation may pose an ethical dilemma. In view of the fact that hunger is a real emergency in developing nations and ranks as the number one sustainable development goal, it is unconscionable to dedicate the use of farmland to producing plants as fuel when it could be cultivated with food crops to meet food demands for a population. Biofuels from waste, etc., are not only produced at very low cost, they are also less damaging as well as beneficial in keeping the environment clean, reducing the need for landfills and freeing up land for other profitable purposes.

According to Eco Mena, solid waste management is one of the major environmental problems threatening the Mediterranean Kingdom of Morocco. The World Bank stated that only 70% of urban municipal solid waste is collected and less than 10% of it disposed of in an environmentally and socially acceptable manner. This appears to be a problem, but in actual fact is an opportunity in disguise. A blend of solar energy, biofuel from organic waste products and biofuel from cultivated plants is a climate change mitigation strategy.

Coincidentally, High Atlas Foundation (HAF) Morocco’s direction for the next decade includes offering training courses in renewable energy and developing rural agricultural clusters. Over the course of 20 years, HAF has garnered both expertise and deep insights into how to convert organic waste to biofuels, as well as recycling the inorganic components for reuse. By utilizing organic commercial and household waste to produce biofuel, HAF’s renewable energy focus for the next 10 years will go a very long way in reducing dump sites in Morocco, as well as providing energy at very low cost to smallholder farmers and rural dwellers in general. HAF Morocco has ambitious plans of helping Moroccans to end pollution and the unsustainable act of waste burning by turning waste into biofuel, with the hope that someday, even cars will run on biofuel instead of gasoline. This in combination with solar energy will help the Kingdom of Morocco reach its clean energy goals.

Funmi Aiyegbusi is an attorney with a passion for smallholder farmers and improving rural livelihoods.