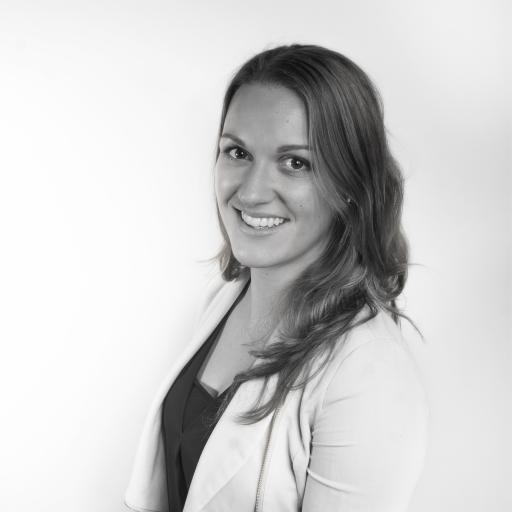 “Before, I really thought that only employed people would prepare a plan and budget for farming businesses,” says Agnes Nyaruai, a small-scale trader from Laikipia County in Kenya. Over the last six months, Mrs. Agnes and her husband participated in facilitated household dialogues in which they discussed gender norms within their household and community and learned how changes in these gender norms could enhance the success of their business. The facilitated household dialogues were organized under SNV’s Enhancing Opportunities for Women’s Enterprises (EOWE) program funded by the Ministry of Foreign Affairs of the Netherlands.

The household dialogues were implemented by SNV's local partners in eight arid and semi-arid counties in Kenya. In a six-month period, a total of 153 households participated in the 12 dialogue sessions to reflect on three key gender norms: time-use, control over and use of income, and access to credit and decision-making. It is envisaged that behavior change in these three norms can contribute to women’s empowerment, thereby strengthening women’s entrepreneurship and improving their access to inputs and business assets in the sectors where the majority of women’s businesses operate: agriculture and renewable energy.

Time-Use
After a general introduction on the household dialogue intervention and terminology, the households started their discussion on the topic of time-use. The sessions focused on seeking to understand the importance of time in running successful businesses, exploring the changes in contemporary society and the technologies that have been invented to realize time efficiency. The couples also analyzed how they use and divide their time between productive (income-generating) and reproductive work (household and caretaking chores). Through this exercise, the majority of participants (both men and women) realized that women spend most of their time on reproductive work and became aware of the impact of this unequal division on women’s businesses.

After these sessions, most of the men felt encouraged to share the responsibility for gender-neutral tasks, like fodder harvesting and livestock feeding. A few of the participating men even dared to conduct tasks that were seen as a "woman’s job," like preparing meals, washing clothes and warming water for bathing. Male participants also decided to invest in technologies that could reduce the time spent on reproductive tasks within their households, like solar lanterns, water tanks and energy efficient cook stoves. “I have reduced my time spent on reproductive work with three hours per day, and I deployed this to my vegetable business,” says Ann Njeri, who participated in the household dialogues in Laikipia County. “My husband and I decided to buy an additional dairy goat and potato seeds. We will sell the milk to neighbors and increase our potato production to sell at the market.”

Control Over and Use of Income
The second key gender norm that inhibits women’s empowerment and their success in business is control over and use of income. Key questions that were discussed during the household dialogues were: "Who spends the money and on what?" and "Who makes the decisions?" Agnes Nyaruai explains that these sessions were an eye opener to her family. Before participating in the EOWE program, Agnes and her husband had four dairy cows with a milk production of only five liters per day. “Through the household dialogues, I learned how to conduct a cost-benefit analysis, which made me realize that income generation is not about the number of cows we have but also the level of productivity per cow,” explains Agnes. “As I participated in this session without my husband, I wanted to share with him my idea to sell some of the cows. Even though I initially feared to present the subject to my husband, I gathered courage and explained to him that the cows were consuming much of the family’s resources, yet the return on this investment was negligible. As a result of the dialogue sessions, Agnes and her husband openly discussed the issue and developed ways of improving their milk business. “We discussed this issue together with our children way late into the night. I am very glad that we agreed to sell the entire herd.” From the earnings, Agnes and her husband bought one high breed dairy cow which produces 12 liters of milk per day. The couple also hired a farm laborer who takes care of the daily feeding and management of the cow. Agnes’s husband has also bought a second-hand pick-up truck to reduce Agnes’s workload especially during the dry season when they have to buy fodder from far. “I have saved time, resources and energy. Now we know how to control and diversify resources for more and better gains as a family,” concludes Agnes.

Access to Credit
Wilson and Rael Komen are parents of six children and live in Baringo County. One of their children is studying at university, four are at secondary school and the youngest is in primary school. Having attended the household dialogue in Baringo, Wilson agrees with his wife that the most significant change that has happened in their household was the communication and joint decision to borrow a loan from a local microfinance institution called Jiweze Women Group in Kabarnet Town. The couple borrowed Ksh 30,000 in August 2017. They used Ksh 16,000 to buy a dairy cow and Ksh 6,000 to restock their vegetable business that had been closed for a while because of lack of finance. They used the rest of the money to pay school fees for their children.

To secure this loan, the couple agreed to give their three goats, television and sofa set as collateral. The couple is now using income from the vegetable shop and milk to repay the loan. “My wife is now a business partner. Although she runs both businesses, I support her a lot with the dairy business. I am also concerned about the vegetable business because we pay the loan from the income we get from these two businesses. This way we are sure that we shall get our items that we gave as collateral back,” says Wilson. Rael explains that her husband feared borrowing money from lending institutions but has now overcome this because of their participation in the household dialogues. Using the family assets as collateral is something that she had discussed with him for a long time without a breakthrough. “The household dialogues triggered my husband to change. Thank you SNV and Bare Care for your support,” she adds. “We are able to pay our loan on time and we are happy as a couple.”

The household dialogue in the program has helped the households to initiate and implement effective communication, especially on matters that culture has clearly demarcated, like time-use and control over income. Agnes’s husband explains, “In my home, expression of divergent views is no longer seen as a challenge on my authority as the head of the family but as an opportunity to understand each other's view and reach a compromise that will advance our family. My children are part of the change that we are experiencing.” Mutuku Mbau from Makueni shares the same view and is happy that his children, including the boys, are taking part in reproductive roles without fear of what society will say because they as a household are modelling these changes for the wider community.” Like several other families, Agnes Nyaruai concludes by saying that “happiness in the family is founded on dialogue.”