Banana: The Low Hanging Fruit for Vitamin A Deficiency in Eastern Africa 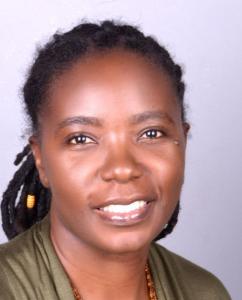 This post is written by Beatrice Ekesa, Alliance of Bioversity International and The International Center for Tropical Agriculture (CIAT).

Bananas (Musa spp.) are one of the most popular fruits in the world and are largely consumed domestically in producing countries, where they provide a substantial source of nutrition and food security for more than 400 million people. It's estimated that more than 100 billion bananas are consumed globally each year. In addition, bananas are among the most traded fruits worldwide.

In Africa, bananas, especially the cooking varieties (plantains and East African Highland bananas) are a major staple and livelihood crop. Annual banana consumption in Uganda, Burundi and Rwanda is about 250-400 kg per person (3-11 bananas per day). In the Democratic Republic of Congo (DRC), cooking bananas are the second most important source of calories after cassava, with the majority of people consuming these bananas two to four times per week. In Uganda alone, banana and plantain varieties provide up to 25% of carbohydrate needs and about 10% of caloric needs per day.

As an important part of the diet, banana is a perennial crop that, once established, doesn’t depend on seasons, thus acting as a safety net during lean seasons. Its versatility enables it to be transformed and consumed in a wide range of forms: raw, boiled, steamed, pan-fried, roasted, made into juice, wine and beer, made into flour and purees and used as an enrichment, in making porridges and as an ingredient for a number of confectionaries. In other words, there is an affordable banana dish for virtually every income category of consumer.

As part of the production and ecosystem services, banana is one of the crops that sustainably supports intercropping or mixed farming. These two components promote nutrient-nutrient recycling and enhance on-farm agrobiodiversity, thus are likely to support access to diverse diets and enhance ecosystem services.

Recent research has revealed a rich diversity of Musa varieties, with over 1,000 varieties existing worldwide, with varying levels of carotenoids across varieties, ripening stages and food-processing practices. Significantly higher levels of provitamin A carotenoids have been reported in banana varieties originally from the Pacific Islands and South-East Asia, with some capable of meeting 100% of the vitamin A needs of children under 5 following the consumption of just two fruits (200g) in a day.

Additionally, research has shown that fast-tracking and breeding efforts targeting starchy staples with a high level of polyvinyl acetate emulsion (pVAC) could have a great impact on vitamin A deficiency (VAD). This implies that with the integration of agronomically viable, community-selected preferred pVAC-rich banana varieties into target communities’ farming and diet systems, there could be substantial intake of vitamin A rich foods, thus supporting the fight against vitamin A deficiency (VAD), which remains a public health concern with devastating implications in sub-Saharan Africa, including East and Central Africa.

Following the above, for over 10 years now, the Alliance of Bioversity International and CIAT, with financial support from HarvestPlus and implementation through CGIAR's Research Program on Roots, Tubers and Bananas (RTB) and Agriculture for Nutrition and Health (A4NH) frameworks, has been fast-tracking provitamin A rich bananas originally from outside Eastern Africa to assess their potential for integration within the farming and diet systems in Eastern Africa.

With regular involvement of farmers and household members, and with consultation with key stakeholders like national agricultural research systems (NARS) and ministries of agriculture and health, over 15 pVAC-rich banana varieties have undergone agronomic evaluation across different agroecological zones and organoleptic evaluation, all carried out alongside local varieties.

More than six agronomic trials were carried out in Burundi and Eastern DRC, with bananas undergoing three to six production cycles. Engaging 450 trained panelists drawn from the community, the cultivars were evaluated for their sensory attributes as raw-ripe (dessert), boiled, roasted, fried and steamed.

Currently, more than 12,000 farmer-households have been reached directly with information on sustainable utilization of the pVAC-rich bananas in their farming and diet systems, and approximately 20,000 plantlets of the selected five varieties have been distributed directly. There have been reports of farmer-to-farmer sharing of the materials and information, but this has not been monitored closely as there is still room for carefully assessing adoption and integration of these cultivars in the food systems within Eastern Africa.

The versatility of banana could be exploited by private sector engagement to enhance the production and testing of banana-based nutrient rich value-added products that will not only support malnutrition but also enhance livelihoods of end users. Therefore, strategic integration of these bananas within the food systems and market systems in Eastern Africa is expected to significantly contribute to alleviation of not only VAD, but also of malnutrition in general, in addition to enhancing livelihoods and supporting ecosystem services.

Climate-Smart Innovations for Root, Tuber, and Banana Crops: Towards a Food- and Nutrition-Secure Future

Cassava Peels: From Want-Not to Waste-Not