The Art of Communicating Science to Avoid Crisis and Build Resiliency: Mycotoxins as a Case Study 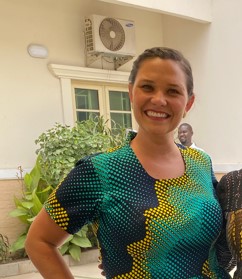 This post is written by Jeffery B. Morris, Vice President for Communications and Marketing, Kansas State University.

“It’s not what you say, it’s what people hear.” This quote from political consultant Frank Luntz nicely summarizes the tricky world of risk and crisis communication.

Communicating with the public about complex topics concerning their food supply is difficult but can be key to resiliency. When information is time sensitive or rapidly evolving, the challenges become harder. Add in the unpredictable nature of our 24-hour, social media-driven news cycle, and it can be impossible to control the message. Yet, for those scientists working on the front lines of global food sustainability, it is critical they find understandable ways to share the findings of their research with the public to create a better, safer food system.

Communicating about mycotoxins is a key example of the advantages of having a strong risk communications plan and the pitfalls that can occur without one. Mycotoxins are fungal toxins that form on common foods and can have serious short and long-term health implications. These health implications have also led mycotoxins to be strongly regulated in some markets, creating economic implications as well. In other markets, often in the developing world, there can be little science about the mycotoxins in the food supply and even less communications.

Creating the ability to competently communicate about mycotoxins matters, given major concerns about health- and financial-related consequences. There are numerous examples of headlines based on an incomplete understanding of science by journalists that led to fear-mongering and unnecessary concern for citizens.

In May 2019, the African News Agency distributed a story with the headline “Contaminated WFP food blamed for four deaths in Uganda,” citing super cereals contaminated with “bacteria, mould and cancer-causing aflatoxin.” The article later clarified that the contaminated cereals were only those imported from one supplier, and that others were safe. From the World Food Programme’s perspective, however, the reputational damage was done. “One-size-fits-all” approaches to crisis communications are inadequate for the needs of scientists, the stakeholders along the value chain, and the general public. The time to build trust, establish linkages, identify communication channels and develop plans is before scientists discover a potential threat. Not having a crisis communications plan in place can be a very different crisis all of its own.

Another key to successful, proactive messaging is determining how and when scientists and communicators can work together when a crisis arises. Face-to-face is not always possible in a crisis, and some methods, e.g., video conferencing, require access to broadband internet service. Typical communications tools, e.g., e-mail, often are inadequate in a crisis due to their asynchronous nature and queuing characteristics. We learned this lesson firsthand while conducting practice drills for messaging about a potential crisis associated with Foot and Mouth Disease, which will be a major focus of the National Bio- and Agro-Defense Facility (NBAF) soon to open in Manhattan, Kansas. Efforts to communicate foundered unless communications went through a central center to which all participants were connected in real-time (and preferably all located physically at the same location). Knowing which tools to use when, developing messages targeted to that format, and then practicing the skills are all crucial readiness activities.

We’ve also learned that threat identification does not have to lead to a crisis if scientists, communicators, and authorities work in advance to leverage established educational channels. It is effective to circulate scientific results through continuing education, extension networks, and peer-to-peer channels, something Feed the Future Innovation Labs are strongly poised to do. Having well informed boots on the ground allows you to scale your trusted network to reach people at the local and regional levels.

Talking about mycotoxins occurs at multiple levels that range from sophisticated experimental analyses to day-to-day conversations about what is for dinner this evening. This conversation typifies many food safety conversations, but the health stakes are high with consequences such as cancer, birth defects, and death. In the end, the ultimate goal of building risk communications capabilities is to show impact from scientific research without fomenting a crisis. Mycotoxins provide a poignant example, but such a strategy is critical across many areas of food safety and security, health and wellbeing.

When it comes to mycotoxins and food safety, being heard correctly can make all the difference.

Why Collaboration Is Critical to Post-harvest Aflatoxin Risk Management