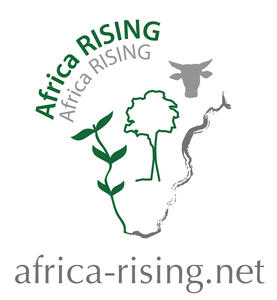 This post is written by Christian Thierfelder, International Maize and Wheat Improvement Center.

In February this year, I traveled to Kawalala, a rural farming community in Sinda District, Eastern Province of Zambia, to meet Gertrude Banda, one of the farmers I worked with on conservation agriculture over the past ten years. Gertrude owns a 5-hectare farm and was introduced to animal traction conservation agriculture in 2011 during a cross-learning visit for farmers to Monze in the Southern Province of Zambia. The cross-learning visit was organized by the International Maize and Wheat Improvement Center to facilitate farmer-to-farmer learning because the center had made significant progress in promoting ripline and direct seeding with animal traction in Monze District. Ripline and direct seeding avoids the massive soil disturbance caused by plows by opening only fine planting lines where seed and fertilizer can be placed either manually (ripping) or by the machine (direct seeding) without affecting the surrounding soil. This can also be labeled as no-tillage.

After two years, Gertrude started expanding the practice to her whole farm where she produces maize and soybeans, both under no-tillage, and is harvesting substantial yields. Not only does she harvest reliably every year since she changed to ripline seeding with animal traction, but she also sells her soybean crop and part of her maize crop at the market. For example, during the previous cropping season (2019–2020), she earned $5,000 from soybean sales alone.

Looking back, Gertrude says, “They showed me how to plant crops without tillage using an animal traction ripper. When I tried this on my farm, I realized that there is less labor involved in preparing the land. Today, I have converted my whole farm to conservation agriculture. All crops are seeded in riplines which I make with draught power. To maintain the right level of fertility, I rotate maize with different types of legumes such as soybean and cowpea. I now have enough income to send all my children to school and buy quality seeds, fertilizer, and herbicides for weed control.”

Ripline seeding on the rise

Annual adoption surveys run by Africa RISING have revealed that in Kawalala, more than 70% of the farmers have converted to ripline seeding. They also apply other conservation agriculture principles such as surface cover with crop residues as mulch and crop diversification through rotation and intercropping. This shows that persistent efforts of promoting conservation agriculture combined with new markets for legume crops can lead to the needed adoption of more climate-smart and sustainable cropping systems.

However, smart integration of livestock into crop production also requires investment into animal health, fodder production for dry season feeding, and training of animals. The recent outbreak of January Disease (theileriosis) in large parts of Zimbabwe and Zambia also dramatically reduced livestock numbers, showing how fragile farming in this region can be. In response to this disease, the International Maize and Wheat Improvement Center in 2021 reintroduced two-wheel tractors to the farmers in Kawalala, learning from successful examples in Bangladesh. Two farmers were selected to become service providers for seeding, transport, shelling, and other services demanded by the farming community. Gertrude and her family were chosen to be one of the families awarded this new opportunity.

Animal traction seeding systems have been a fundamental stepping-stone for farmers to abandon their hoes for a more efficient and less drudgery-burdened way of farming. Youth are seeing these benefits and the opportunities to produce and sell crops, and this has made farming more appealing to them. The conservation agriculture principles and practices learned by the farmers in Kawalala during the last decade are also essential to embrace the increasing threats of climate change. Adapting to heat and drought stress will determine whether farmers will be able to produce in the future. Further transformational change will come from additional mechanization of planting, transport, and post-harvest activities, which has just been initiated and will give a positive outlook for the future.