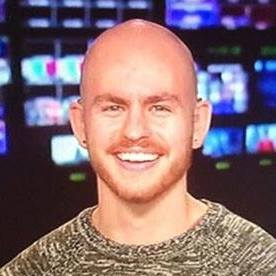 Food systems contribute a third of all global greenhouse gas emissions, representing an opportunity to achieve significant emissions reductions with targeted interventions. Simultaneously, there is a need to strengthen food systems against the disruptions of climate change, which are worsening malnutrition and food insecurity at a time when rates are already unacceptably high. Severe weather exacerbated by climate change has caused sudden losses of food access and production that increased malnutrition disproportionately for indigenous peoples, small-scale food producers and low-income households — particularly young children, pregnant women and elderly people. Recent projections indicate that a 2°C increase in average temperatures may result in a 7.4 percentage point increase in stunting in West Africa, reversing hard-earned progress against malnutrition.

Despite these realities, food systems and nutrition remain underrepresented in Nationally Determined Contributions (NDCs) — the plans required of each country signing the Paris Agreement detailing their efforts to reduce emissions and adapt to the impacts of climate change. Currently 166 NDC plans have been submitted by all parties that signed the Paris Agreement. These serve as 166 opportunities to map out concrete steps to transform food systems and safeguard nutrition from the disruptions of climate change.

Food systems have gained greater recognition as NDCs have been revised and updated, as required every five years starting in 2020. More than 90 percent of updated NDCs as of September 2022 now include at least one measure related to food systems — an improvement over 79 percent of previous NDCs. However, the majority of these food system measures pertain only to agricultural production and do not address aspects of food processing, storage or transportation that take place after harvest. Only 19 updated NDCs mention food loss or waste, 16 mention food safety or food-borne diseases, and 5 mention diets. Furthermore, while most NDCs address agriculture, they do not necessarily address nutrition, which goes beyond having enough food to having enough of the diverse kinds of foods that support human health. These gaps highlight a significant missed opportunity to leverage NDCs as a tool to simultaneously mitigate the contributions of food systems to the climate crisis, and defend against climate threats to nutrition.

The portfolio of activities in the U.S. Government’s Feed the Future initiative provides ways to strengthen food systems to withstand climate shocks and protect diets, and also to ensure that efforts to reduce greenhouse gas emissions do not negatively impact nutrition. These types of interventions that can be integrated into NDCs include — but are not limited to — the following:

Climate change presents an unprecedented threat to nutrition and food security globally, and food systems in their current state are a major driver of the crisis. However, for the countries that have signed the Paris Agreement, NDCs present 166 opportunities to develop concrete steps, such as the preceding examples, towards transforming food systems to reduce greenhouse gas emissions while also safeguarding nutrition, food security and economic growth. Given the urgency of the climate crisis, the international community cannot afford to let these opportunities go ignored.

* Biofortification is the conventional breeding of crops to develop varieties with higher nutrient content.

Are Rising Temperatures Raising the Risk of Foodborne Illness?